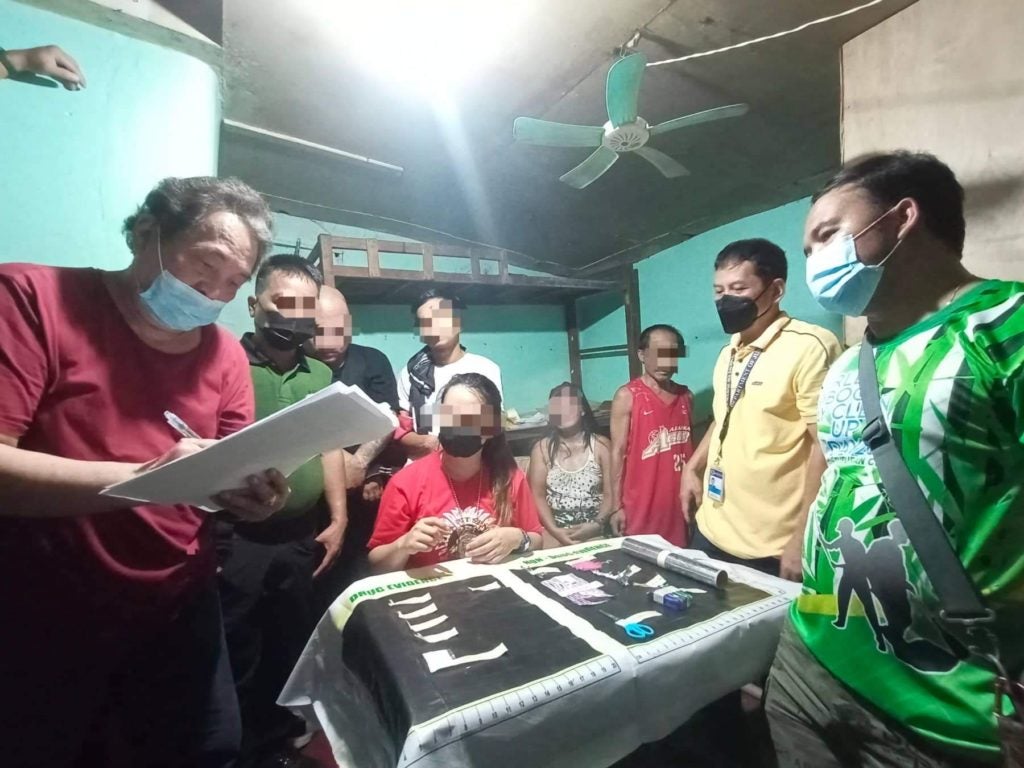 Four individuals were arrested with 11 grams of suspected shabu from an alleged drug den during a buy-bust operation in Barangay Sambag 1, Cebu City on Thursday, September 22, 2022.

CEBU CITY, Philippines — Two suspected drug dens in Cebu and Bohol were simultaneously shut down in separate operations at past 7 p.m. on Thursday, Sept. 22.

Leia Alcantara, PDEA-7 spokesperson, said that they confiscated 22 grams of suspected shabu in the operations which had a total market value of P149,600.

Alcantara said that they confiscated 11 grams of suspected shabu worth P74,800.

At about the same time in Barangay Tawala in Panglao, Bohol, another team of PDEA-7 agents raided another suspected drug den.

Alcantara said they arrested the suspected drug den maintainer Herminiano Salan Jr., 20; two other persons were caught as John Ysalena, 32; and Mark Goudin, 36; who are both habal-habal drivers.

She said that the PDEA-7 agents confiscated another 11 grams of suspected shabu from the suspects.

She said that the confiscated items were also worth P74,800.