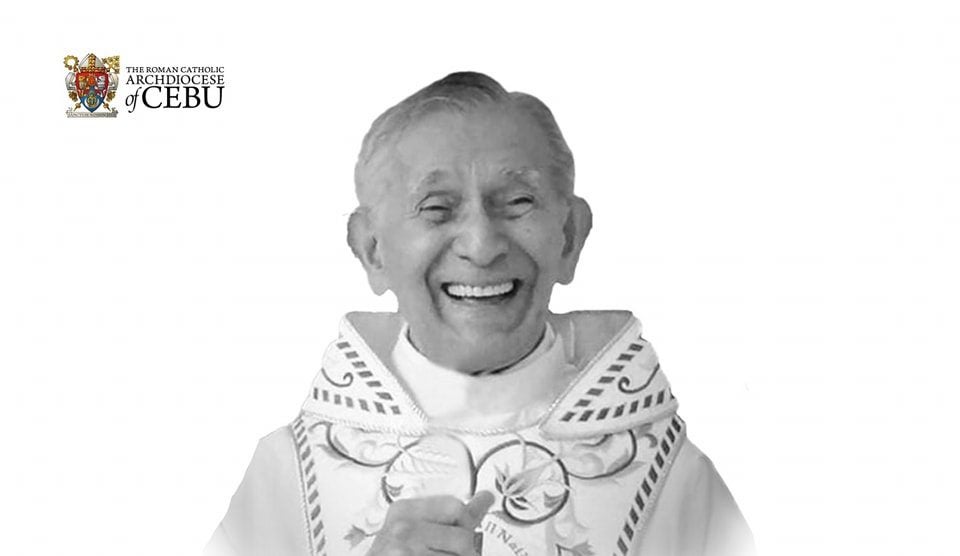 CEBU CITY, Philippines – Local officials here mourned the passing of one of Cebu’s most notable priests.

Talisay City Mayor Gerald Anthony ‘Samsam’ Gullas, in a Facebook post, said he was saddened to learn about the death of Msgr. Frederick Kriekenbeek.

“I am saddened to hear the news that Msgr. Fred Kriekenbeek, the founder of the Mary’s Little Children Community in Barangay Tabunok, has passed away,” said Gullas in a statement.

“Though his work as a priest is often overshadowed by his work as the Archdiocese’s official exorcist, Msgr. Fred was known for his love of the community,” he added.

The mayor also encouraged his constituents to pray for the late priest’s eternal repose.

The Archdiocese of Cebu on Tuesday, September 27 announced the death of Kriekenbeek. He was known as one of the pioneering exorcists here in Cebu.

His remains lie in state at the Sacred Heart Parish Mortuary, D Jakosalem St., Cebu City, the Archdiocese said in a separate statement.

His funeral will be held at Barili town, southwestern Cebu this Saturday, October 1.