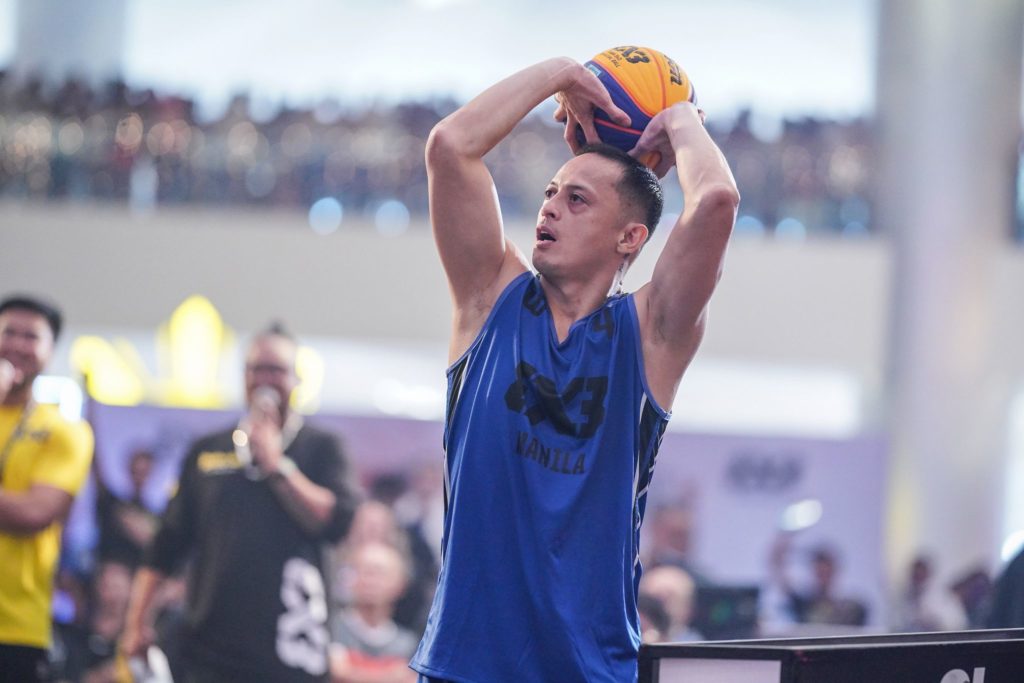 Chico Lanete shooting a two-pointer during the shoot-out contest of the Chooks-to-Go Pilipinas FIBA 3×3 World Tour Cebu Masters at the SM Seaside City Cebu on Saturday, October 1, 2022. | Photo from Chooks-to-Go

CEBU CITY, Philippines—- The Manila Chooks bowed out of the Chooks-to-Go Pilipinas FIBA 3×3 World Tour Cebu Masters and along with it was the official retirement of veteran Chico Lanete from his storied progressional basketball career.

The Manila Chooks lost against the Doha QSC of Qatar, 16-21, which eliminated them from the tournament held at the SM Seaside City Cebu Mountain Wing area.

Before that, Manila Chooks had a rousing start by defeating India’s Ludhiana INBL, 21-17, in the qualifying draw.

Their game against Doha also served as the final game of Lanete as a professional basketball player.

The 43-year old Lanete, a former PBA and MPBL player, reignited his basketball career when he played for Chooks-to-Go’s 3×3 team in various international tilts.

Now, he is the head trainer of both the Cebu Chooks and Manila Chooks, and the playing coach of the latter.

The Ormoc City-native, Lanete wrapped up his stellar 3×3 career with 37 matches, all representing the country in international FIBA 3×3 tournaments.

Mascariñas added that he will give Lañete a Chooks-to-Go store.

Lanete will remain a significant person in the Chooks-to-Go 3×3 basketball program as he is the head coach of both teams and their head trainer after succeeding Aldin Ayo earlier this year.