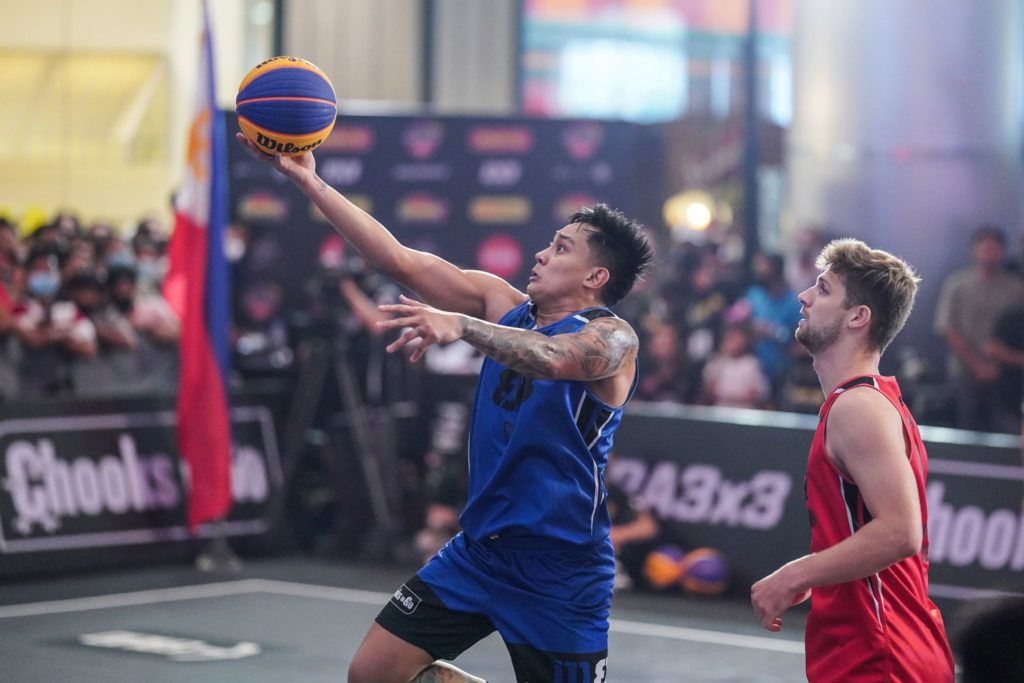 Cebu Chooks’ Mac Tallo soars for a layup during their game against Belgium’s Antwerp in the ongoing Chooks-to-Go Pilipinas FIBA 3×3 World Tour Cebu Masters at the SM Seaside City Cebu in the South Road Properties (SRP) on Saturday, October 1, 2022. | Photo from Chooks-to-Go

With the defeat, Cebu Chooks must win their game against the Omaha 3Ball of the United States later today, for them to advance in the next round of tounament.

Despite the loss, Cebu’s pride, Mac Tallo, who is also the top Filipino 3×3 player, didn’t disappoint the hordes of Cebuano basketball fans on the sideline by displaying his signature crafty moves.

Antwerp, the No. 3 team in the FIBA 3×3 world rankings, will proceed playing against the Omaha 3Ball later today.

During their victory against Cebu Chooks, Bryan De Valck led the team with his nine-point outing with four rebounds. Dennis Doncor chipped in four points with one rebound.

Thibaut Vervoort had two points and four rebounds, while Nick Celis scored one point, but managed to grab eight rebounds.

Both teams opened the game scoreless in the first minute, until Nzeusseu breaks the silence by scoring the first point of the game, 1-0 , at the 8:37 mark.

Both teams had three deadlocks until Cebu Chooks encountered foul trouble that gave Antwerp the chance to score on the free throw line.

Valck sank both his freethrows to break the deadlock and give Antwerp the lead, 8-6. Antwerp went on leading as much as four points, 13-9, in the last two minutes of the match.

Not to be outplayed, Cebu Chooks retaliated with back-to-back baskets courtesy of Nzeusseu to bring them within a two-point deficit, 11-13, with 1:14 left.

However, the Belgians answered them with three more baskets as time winded down to seal the victory.