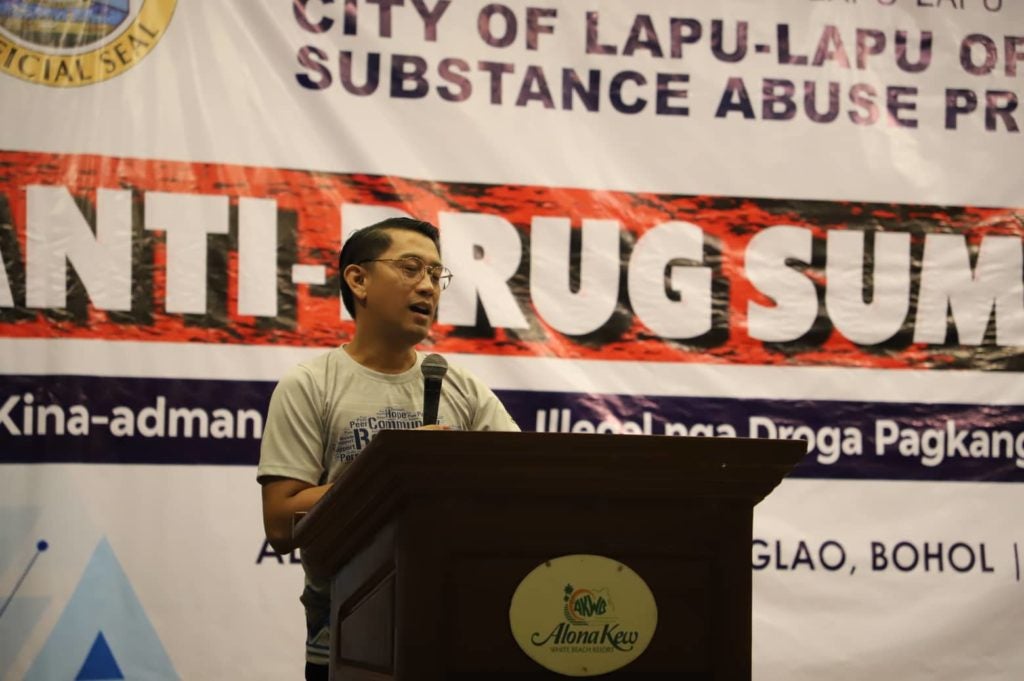 The activity which was supervised by the City of Lapu-Lapu Office for Substance Abuse Prevention (CLOSAP), started on Oct. 5 and will end on Friday, Oct. 7, 2022.

Garry Lao, executive director of CLOSAP, said that the activity will also be a venue for the city and the Municipality of Panglao to share best practices in the fight against illegal drugs.

“Through this anti-drug summit, Lapu-Lapu City will be able to share our best practices with the Municipality of Panglao, Bohol. Most especially in achieving drug-free and drug-cleared barangays considering we are near to Bohol, especially our islet barangays,” Lao said.

He said that the Anti-Drug Summit only shows the seriousness of the City of Lapu-Lapu in its campaign against illegal drugs.

“Your presence here today is clear and visible evidence of the determination on eradicating drugs in our society,” Arcay said.

The Anti-Drug Summit of CLOSAP was also attended by barangay officials, and representatives from the Philippine Drug Enforcement Agency (PDEA) and the Department of Interior and Local Government (DILG).

During the activity, the city also awarded seven barangays that obtained high passing scores of 91 to 96 points based on the audit by the DILG for the functionality and effectiveness of their Barangay Anti-Drug Abuse Council (BADAC).

Among the barangays that were awarded are Sta. Rosa, Suba-Basbas, Bankal, Tingo, Basak, Sabang, and Punta Engaño.

Also, all 30 barangays of Lapu-Lapu City have passed the BADAC audit; others received “moderate” scores ranging from 56 to 86 points.

“We only have six drug-cleared barangays out of 30. Only 7 of 30 BADACS are highly functional. We are happy with what we have accomplished so far, but the numbers do not look good,” Lao added.

“This is our time. The time to act fast is now. With our partners, the government can do this. We must believe we can do this, otherwise, we would already have lost the war in our minds. Our mindsetting and attitude will be a great factor in whether we will succeed or fail,” he said.       /rcg

Panglao to ask PBBM to junk Caindec as LTO-7 chief