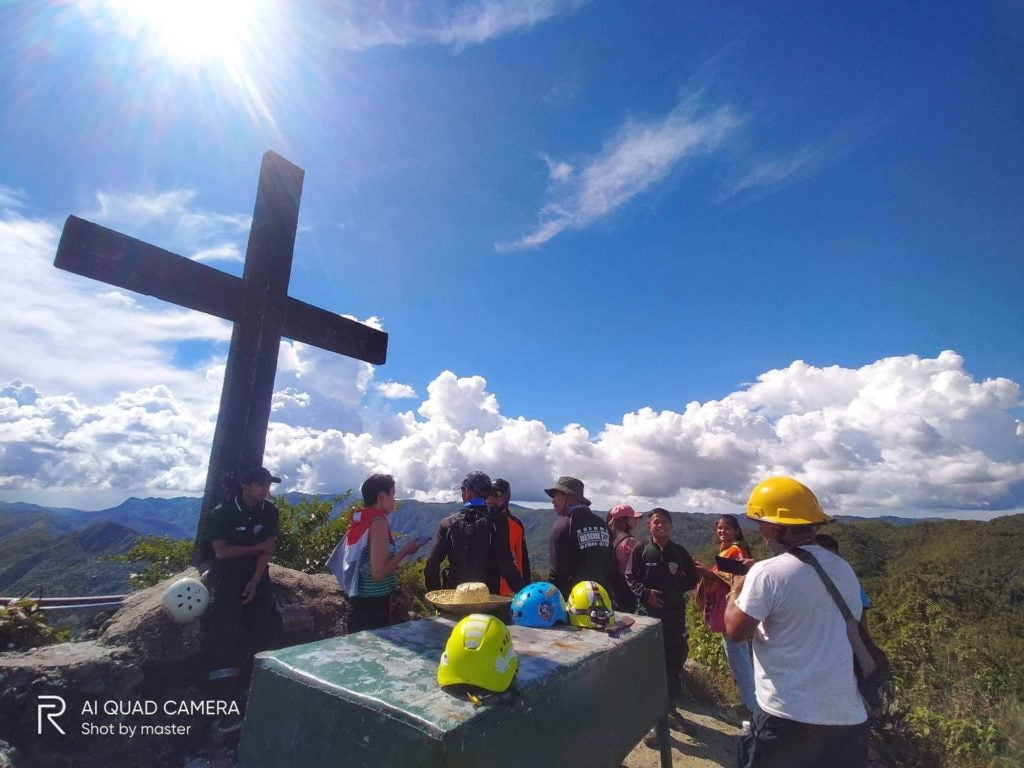 A rescue operation was launched on Saturday, Oct. 1, to look for Maria Sofia Olaguir, 47, who left their home at about 6 a.m. on Friday, Sept. 30, to visit the Holy Cross in Mt. Manghilao in Danao City.  Her body was found two days later. | Photo from Danao City DRRMO

CEBU CITY, Philippines — Danao City police said they still could not determine the exact cause of death of the aspiring teacher who died while climbing Mt. Manghilao pending the release of the autopsy report.

Maria Sofia Olaguir’s body was found last Oct. 2, in a small ditch in the forested area of the mountain two days after she informed her family that she will be climbing Mt. Manghilao.

Olaguir, according to police, decided to climb the mountain where a giant cross can be found on its summit, reportedly to ask for a passing mark on the licensure exam for teachers that she took.

Police Lieutenant Colonel Fortunato Ecle Jr., chief of Danao City Police Station, said that they could not yet determine the cause of Olaguir’s death pending the release of the autopsy result.

Ecle added that the victim was alone when she went to the mountain around 6 a.m. on Friday morning,

READ: Police probe on death of aspiring teacher in Danao: Was it an accident or was there foul play involved?

Based on the information that they have, Ecle said that the victim was told to not leave yet because it was raining at that time. But, the latter proceeded by herself.

Ecle said that a lot of devotees visit the mountain to offer prayers.

To avoid a repeat of the incident, Ecle already asked the local government unit to put signage and warnings in the area to guide visitors.

From time to time, Ecle suggested that police personnel patrol the area.      /rcg