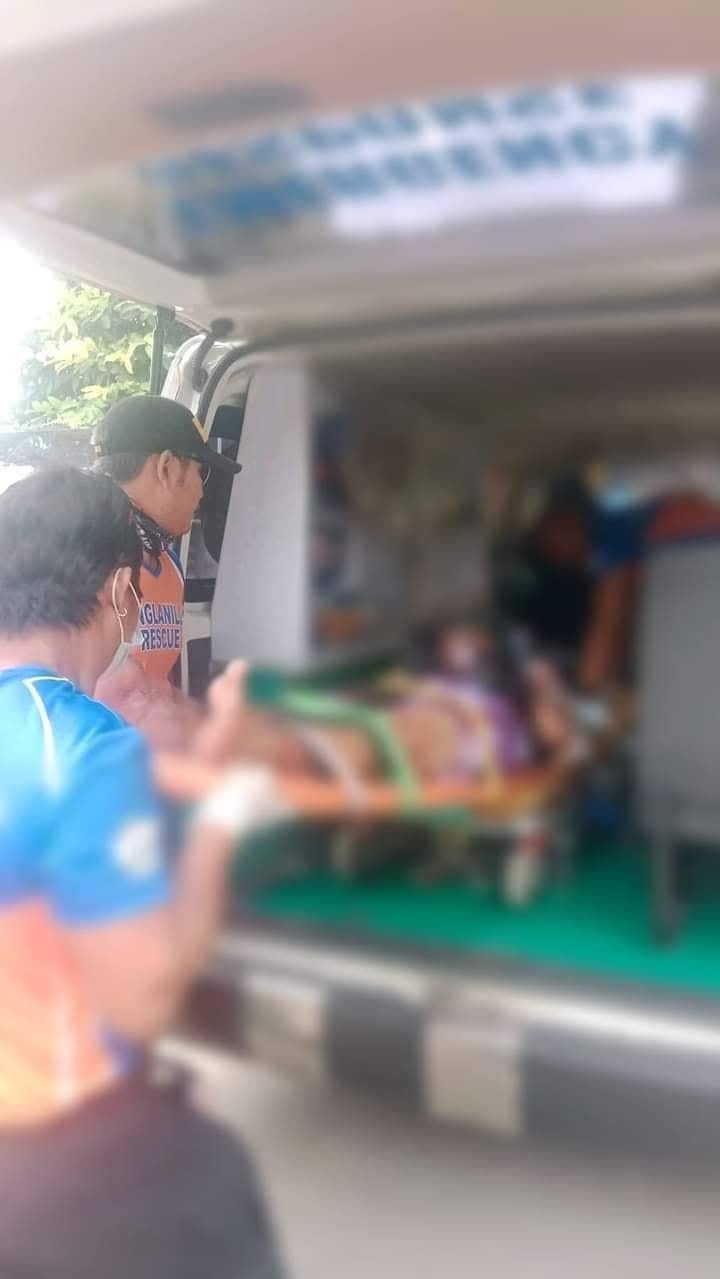 Medical responders rush a 65-year-old widow to the hospital after she was stabbed seven times by a 14-year-old robber inside the victim’s house at noon on Thursday, October 13, 2022, in Purok 7, Pob. Ward 4, Minglanilla, Cebu. | via Paul Lauro #CDNDigital

CEBU CITY, Philippines – A 65-year-old woman was rushed to a hospital in Minglanilla town, southern Cebu after she was stabbed by a robber inside her residence on Thursday, October 13.

And investigators believed the perpetrator was a 14-year-old minor.

Police in Minglanilla identified the victim as Lorita Estal, 65, a resident of Purok 7 in Brgy. Poblacion Ward 4. Estal sustained at least seven stab wounds on different parts of her body.

Based on initial findings by the police, the still unidentified robber snuck inside Estal’s house around Thursday noon, carrying a knife. She then invaded the victim’s bedroom and stole her sling bag which contains cash.

Estal reportedly chased the robber, and tried to fight back but instead, got stabbed. The suspect, unfortunately, managed to escape.

The victim is currently confined in a public hospital as of this posting.

Police continue to locate the whereabouts of the robber, and identify her identity.