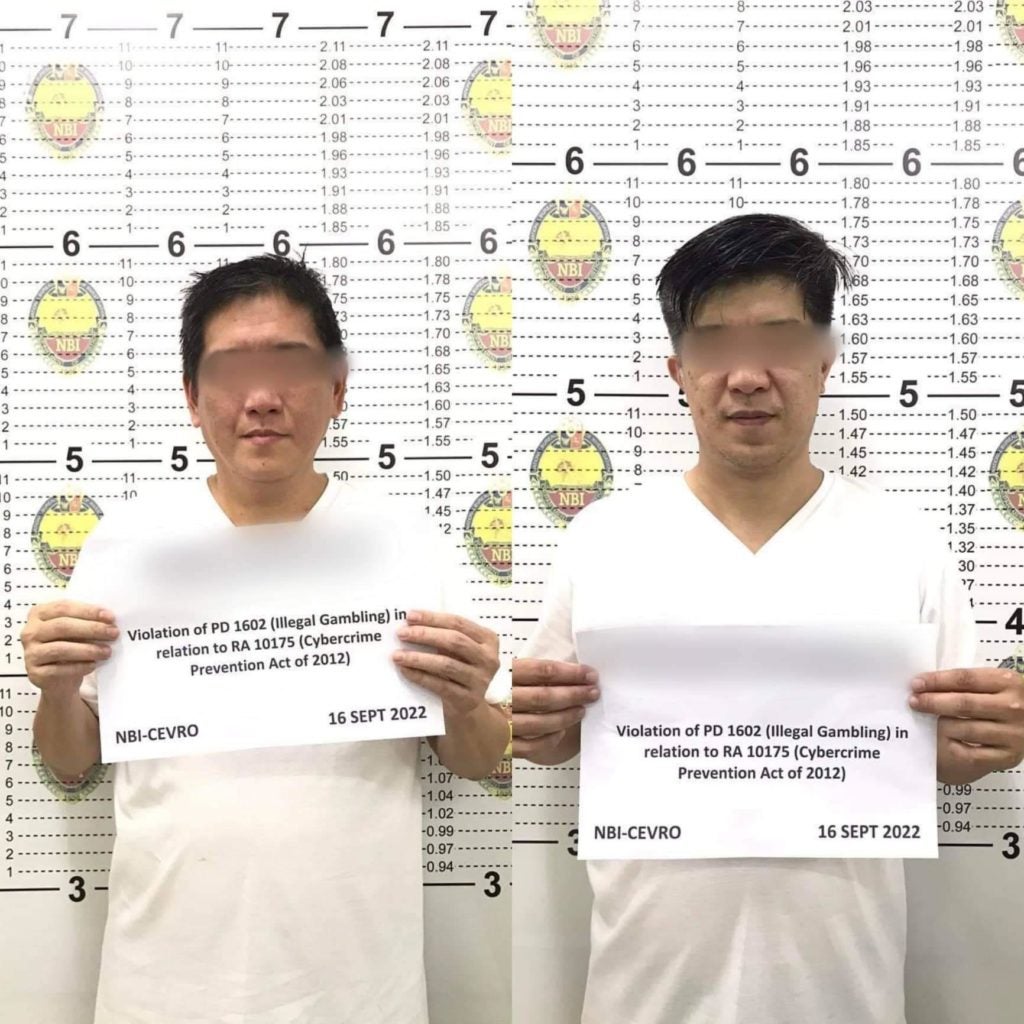 Two businessmen were arrested for being the alleged operators of an illegal E-Sabong joint in Barangay Calajoan, Minglanilla.

CEBU CITY, Philippines — Two businessmen and their 37 other personnel were arrested by agents of the National Bureau of Investigation in Central Visayas (NBI-7) for allegedly operating an illegal E-Sabong.

The operation on Friday night, Sept. 16, in Barangay Calajoan in Minglanilla town in southern Cebu was made based on a search warrant issued by Judge Grace Veloso-Fernandez of Branch 19 of the Regional Trial Court in Cebu City filed against Amenic N’ Calajoan cockpit.

In a press statement released by NBI-7 on Tuesday, September 20, 2022, the two accused cockpit owners were identified as Carlos Uy Gothong III and Sergio Lu. The illegal e-sabong operation was allegedly streamed online through the website, goperya.net.

Further, the NBI-7 said that the arrested individuals have undergone an inquest proceeding on Monday, September 19, 2022, before the Cebu Provincial Prosecutor’s Office.

Authorities seized P2 million worth of equipment such as video cameras and computers from the area and P2,699,000 cash proceeds.   /rcg

Cebu City Police: No directives yet on suspension of ‘E-sabong’