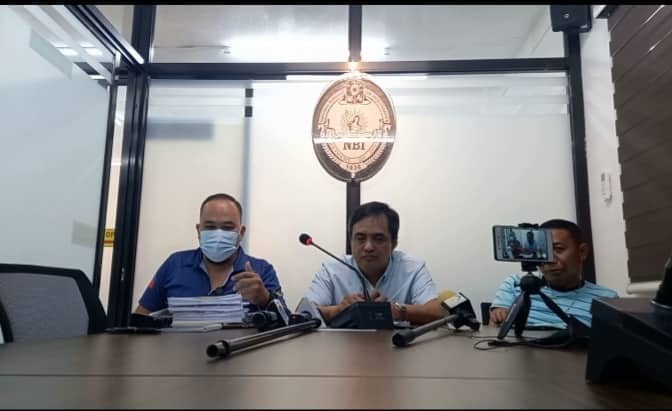 The NBI charged Raul Villacarlos Canoy and his mother-in-law Socorro C. Bitoon, a.k.a. Socorro Bitoon-Narvasa with multiple cases of falsification of public documents.

Agent-in-Charge Arnel Pura said that the documents that were submitted by said individuals were fake.

The NBI-CEBDO on Thursday, October 27, 2022, revealed this during a press conference led by Agent-in-Charge Arnel Pura and Senior Agent Niño Rodriguez, with Acting Assistant City Assessor Julius Ceasar Entise at their office in Mandaue City.

Entise said Canoy, who bought the land from Bitoon, used the documents in his transactions with the barangay, City Assessor’s Office, and the Department of Environment and Natural Resources, among others.

Canoy is claiming close to 45 hectares or about 448, 498 square meters of timberland in Barangay Paknaan which is also claimed by the city government as its property under Republic Act 5519 or the Charter of Mandaue City.

It can be recalled that Canoy had been a subject of a warrantless arrest last April 6 for allegedly presenting falsified documents during the NBI’s investigation.

Entise said that other than Canoy and Bitoon, the city is also filing cases against other claimants of the city’s property.    /rcg