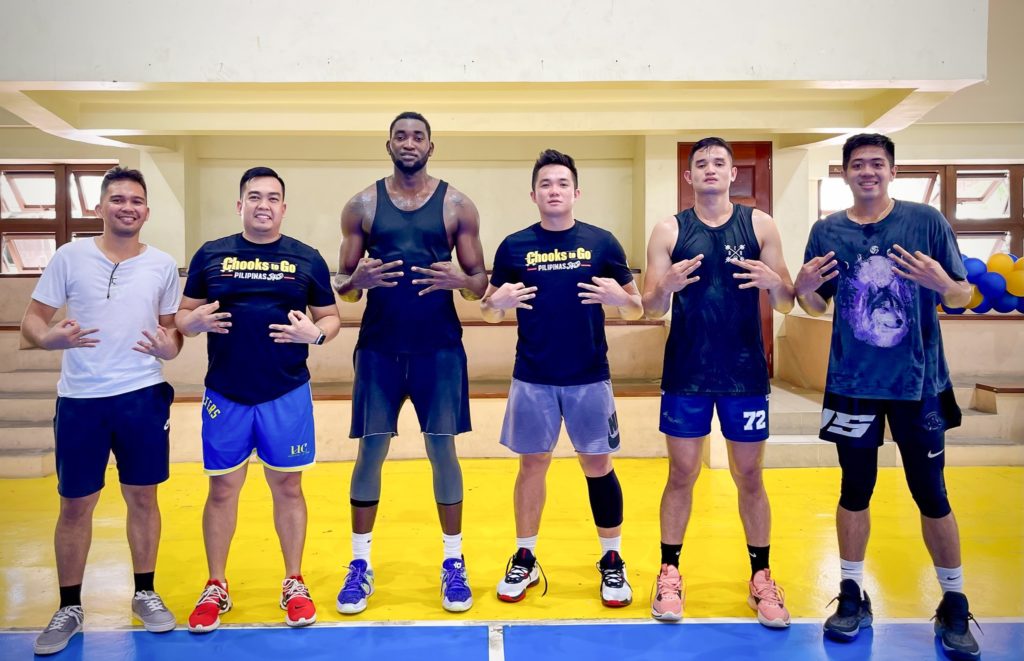 Paul Desiderio (middle) is joined by his teammates and coaches of the Talisay EGS that will compete in the Chooks-to-Go Pilipinas 3×3 Quest 2.0 in Santa Rosa, Laguna on Nov. 20, 2022. | Photo from Chooks-to-Go

The Talisay EGS will be comprised of former UP Maroons and Blackwater head Paul Desiderio along with former UV Green Lancer Matt Flores, Jerome Napao, and Steve Akomo.

They are part of the six teams that will compete in the upcoming 3×3 tournament that will serve as the qualifiers for the Philippines in the  2022 FIBA 3×3 World Tour Hong Kong Masters.

“The composition of the teams are exciting as this is the first time in a year that we will be holding an open tournament,” said Chooks-to-Go President Ronald Mascariñas.

“We hope that Coach Chico Lanete can find some players here who he can recruit for the 2023 season,” Mascariñas said.

Pilipinas 3×3 Quest: 8 teams to fight for right to go to Hong Kong Masters