Sharing the burden on youth offenders 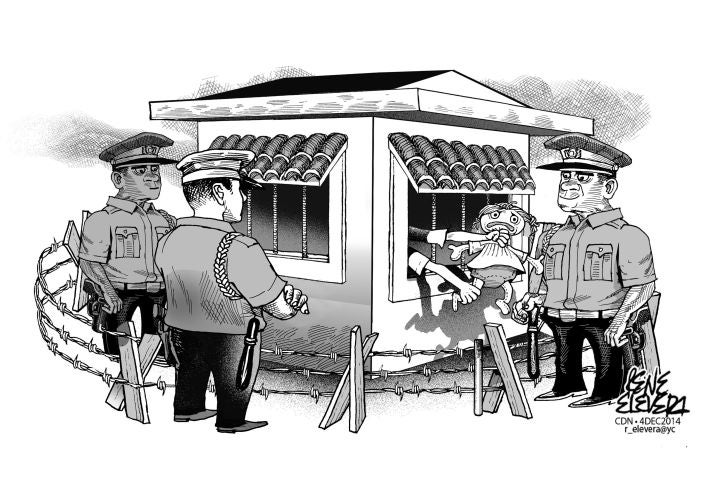 The Bureau of Jail Management and Penology’s (BJMP) plan to pull out its personnel from Cebu City’s Operation Second Chance (OSC) is unfortunate, but it also presents an opportunity for a better setup.

The city will have to hire a full-time executive director,  social workers , and other staff to keep the center running and to provide wholistic care and guidance for wayward boys and girls.

This may include hiring blue guards as well.

It would be useful to recall the hostage-taking  in the OSC two years ago wherein   minors managed to overpower a jail guard after the head count.

The hapless jail guard locked himself in the toilet to avoid being lynched by youngsters who complained against  the abuse inflicted on them by eight jail guards, who were then transferred.

New policies were instituted to protect the jail guards from harm, including the conduct of  head counts in the morning rather than 11 p.m.

Back then, the City Council considered the proposal of hiring blue guards instead of BJMP personnel, who were trained to handle  adult inmates rather than minor offenders.

House  parents in the facility were better suited to handle the youth offenders  in hopes that they won’t turn into hardened criminals once they reach 18 years old.

Providing quality attention to the OSC should be a priority for Cebu City, which prides itself in being ‘child friendly’.

It is also a practical  investment in the community’s peace and order.     Each “child in conflict with the law’, left unattended, is tomorrow’s potential hoodlum and jeepney holdupper.

While it is of paramount concern, security of the OSC isn’t the only problem faced by the Cebu City government. The number of youth offenders isn’t going down and city officials have yet to receive substantial assistance from either the province or the towns where the inmates come from.

Majority of the 200 plus youth offenders in the center, come from towns in Cebu province. This should signal officials in the Capitol to reach out and share in the upkeep of this important facility.

If not, the province should step up and build a separate facility to house and rehabilitate minor offenders.

It’s time that other Cebu local government units take care of their own, especially if this happens to be  misguided youths who run into trouble with the law.

Read Next
‘No classes in Cebu on Friday, Saturday’