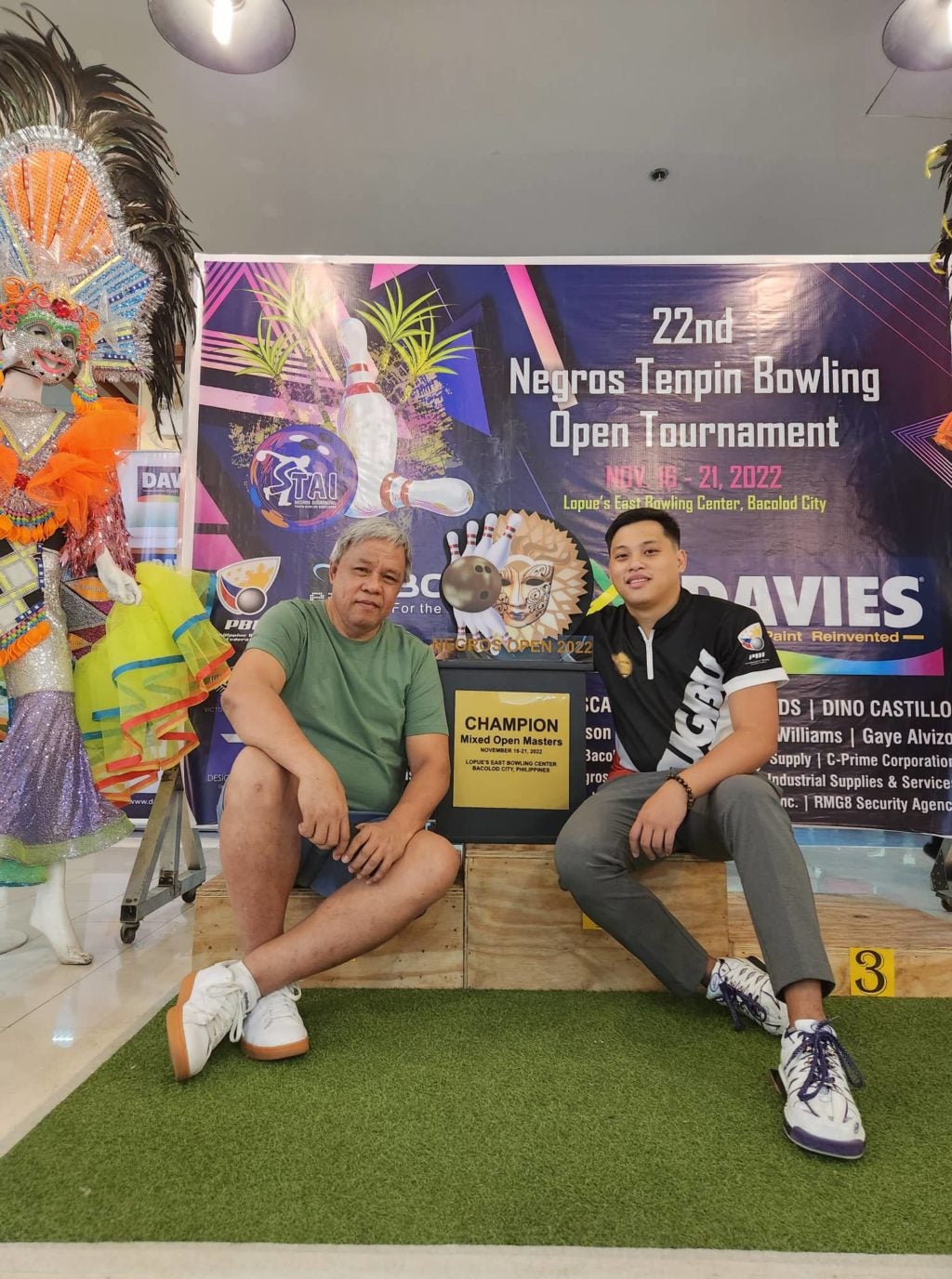 Alqueza, the son of SUGBU’s chairman-of-the-board and president Edgar Alqueza, won all of the stepladder knockout matches, including the semifinals match against his teammate, GJ Buyco, the eventual second runner-up of the tournament.

In the first round of the stepladder knockout stage, Alqueza finished with a total of 191 pinfalls to beat Uy and Singui who scored 195 and 191 pinfalls, respectively.

He then faced Buyco in the second round where he defeated the latter by knocking out 236 pins. Buyco scored 192 pinfalls.

In the championship match, Alqueza faced Agapo, the top qualifier and defeated the latter, 198-186, total pinfalls.

This as Maeng Viloria finished third overall in the mixed classified masters category last Saturday, while Buyco finished as a second-runner up in the mixed open masters.