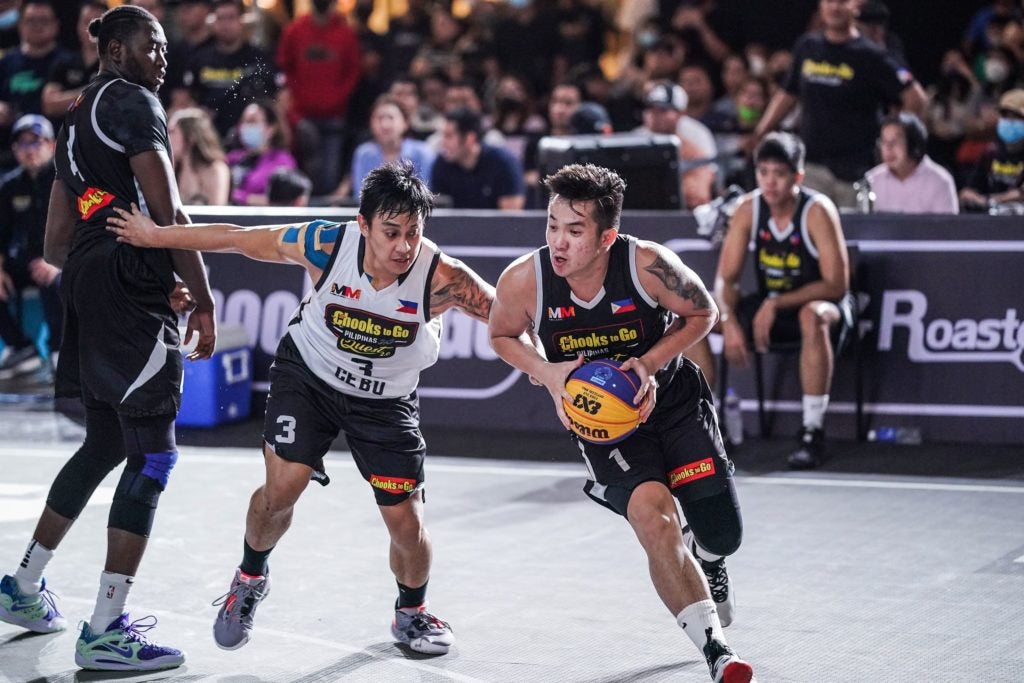 Mike Nzeusseu tallied seven points, while Brandon Ramirez had three, and Marcus Hammonds had one point.

On the other hand, the Talisay EGS, of Cebuanos Paul Desiderio, Dyll Roncal, Jerome Napao, and Cameroonian Steve Akomo had a decent run in their first 3×3 campaign.

They finished Pool B at the second spot with a 2-1 (win-loss) record behind Manila Chooks (3-0) to advance to the knockout stage.

The team defeated General Santos, 22-17, with Desiderio exploding for 14 markers to open their campaign with a bang.

They went on beating Quezon City, 17-12, with Napao and Roncal leading the scoring with five points apiece in their second game.

Their winning streak got snapped after bowing down to Manila Chooks, 10-19, with Santos scoring 11 points to lead the latter, while Roncal and Napao scored three each.

On the hard court or in a fire scene, Cebuano Dyll Roncal gives it his all