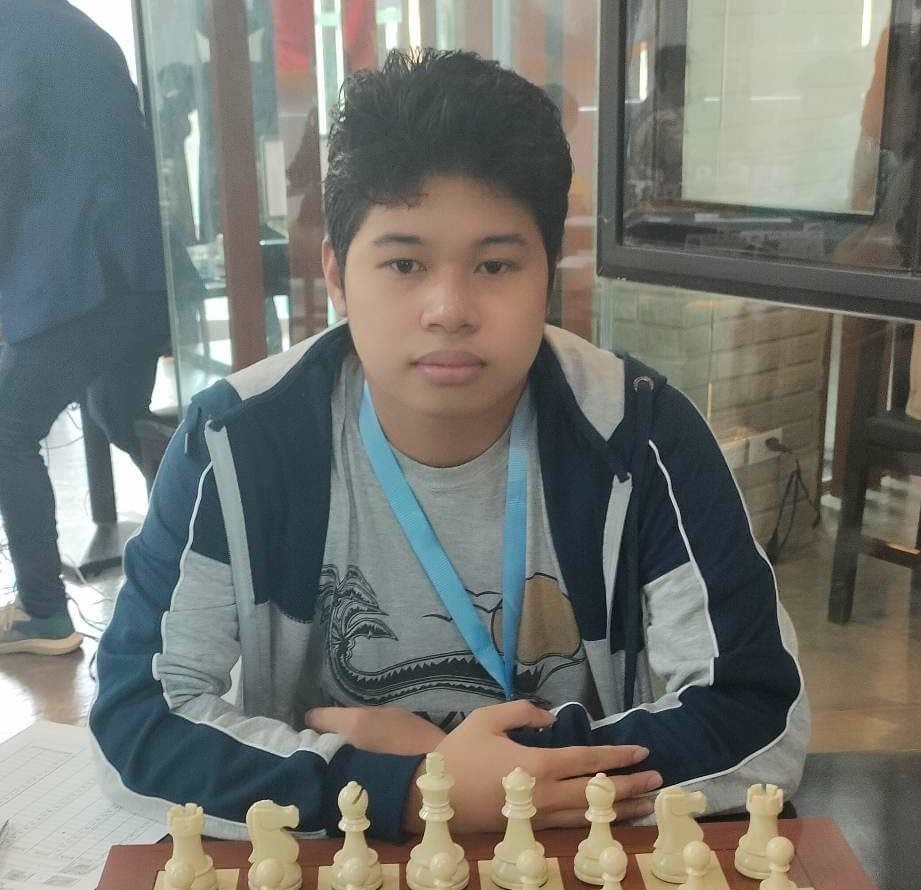 The 19-year-old Labog, a freshman of the Immaculada Concepcion College, raised his Elo Standard rating of 2138 to 2242 to complete his IM title status.

According to National Coach Fide Master Roel Abelgas, Labog won the under 18 category of the 20th ASEAN+ Age Group Chess Championships (Standard) in Myanmar in 2019.

Thus, Labog got the direct IM title in the process.

Labog was beaten by International Master IM Harshavardhan G B of India in Thursday’s 8th round of the Asian Juniors and Girls Chess Championship 2022 at the Knights Templar Ridge Hotel in Tagaytay City here.

Labog has 5.0 points while Harshavardhan G B is still on top with 6.5 points.

In the Girls division, WIM Ravi Rakshitta of India and WIM Ngoc Thuy Duong Bach of Vietnam toppled their respective rivals to share the top with 6.0 points in eight outings.

Thirty two boys from eleven countries are competing in the junior division while 20 players are participating in the 9-round Swiss system tournament girls competition. The championship is organized by the National Chess Federation of the Philippines on behalf of the Asian Chess Federation.

Read Next
P7.6M worth of ‘shabu’ seized in drug busts in cities of Cebu, Talisay