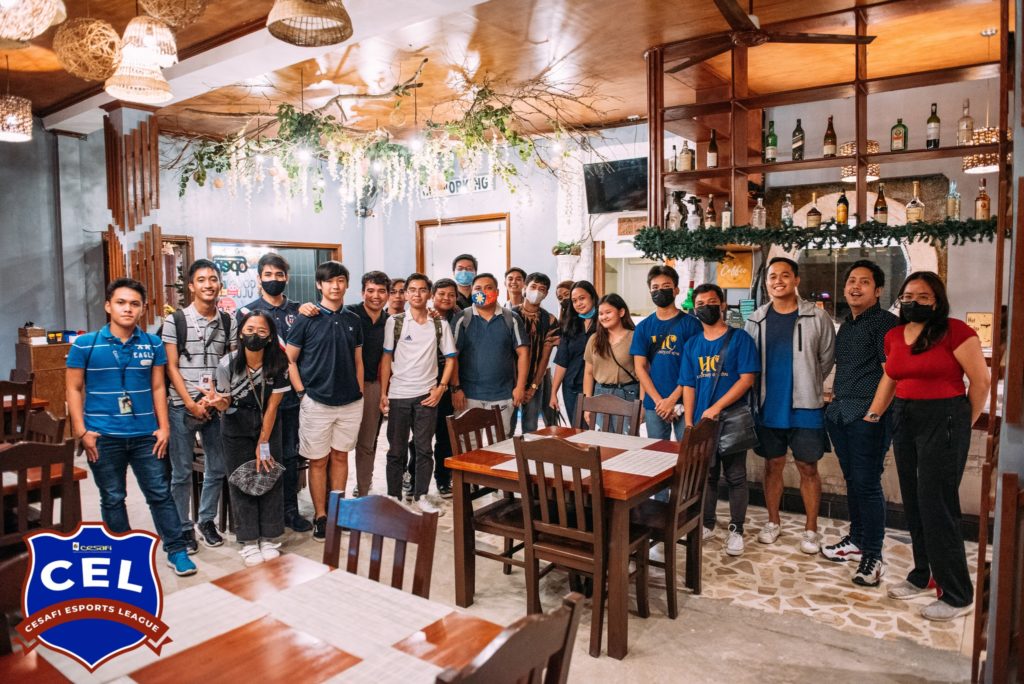 The organizers of the Cesafi Esports League (CEL) and school coordinators meet earlier in the week at the Good Juju Cafe and Hostel to discuss the final touches of the upcoming CEL and the related activities heading to the start of the competition. | Photo from CEL Facebook page.

CEBU CITY, Philippines — The much-awaited Cebu Schools Athletic Foundation Inc. (Cesafi) ESports League or CEL will have a prelude of activities this weekend before its grand opening on Dec.10, 2022.

The CEL will be having a two-day ESports related events at the University of San Carlos (USC) main campus and at the SM Seaside City Cebu.

For tomorrow’s event at the USC main campus, CEL will hold a workshop to train its aspiring ESports casters and production team.

The Esports workshop will be facilitated by famous ESports casters in Chantelle and Sh1n Boo. They will be joined by Tiffany “Bugzcruff” Viernesto and Darwin Casto of the Mobile Legends Bang Bang Nationwide and World League.

Each of these ESports personalities will be holding a session for CEL’s aspiring Esports casters and CEL stakeholders.

On Sunday, Nov. 27, 2022, CEL will head to the SM Seaside City Cebu for the official oathtaking of the 10 Cesafi schools that will compete in the CEL.

(Our guest speakers are the ones who will operate the newly completed MPL Philippines from Sky Encore or formerly known as Grindsky. This is a big event for CEL because it is important for our Esports casters and enthusiasts about the production side of Esports.)

A total of 10 Cesafi member schools will be seen in action for Dec. 10’s competition that will feature the Mobile Legends Bang Bang.

Read Next
IN PHOTOS: First day of Visayas Art Fair 2022