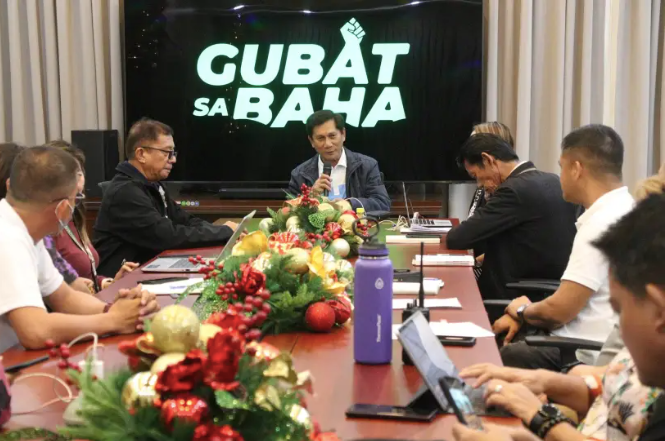 Three of these establishments are malls and another one is a restaurant.

The PIO report also said that a motel in Barangay Mabolo, which is located by the Mahiga River, would be scheduled to receive the notice of demolition in the first week of December.

The owners will be given 10 days to clear or demolish structures that encroached on the city’s rivers.

According to the PIO report two establishments were served with demolition notices on Friday, Nov. 25.

These are the White Knight Hotel and the Lighthouse Restaurant along General Maxilom Avenue.

Aside from that, Cimatu made an ocular inspection on these establishments last Friday.

He found out that the portion of White Knight Hotel had encroached on the nearby river, while the parking lot of Lighthouse Restaurant was constructed on top of the river.

Cimatu also said that he would be tapping the help of the Department of Environment and Natural Resources to run a slope survey on the seven major rivers in the city including the Guadalupe, Kinalumsan, Mahiga, Lahug, Estero de Parian, Bulacao, and Butuanon.

“Through this, we can mitigate the flow of the water especially na kung mag-high tide para hindi makapasok sa river (ang tubig dagat) and cause flooding,” Cimatu said.

(Through this, we can mitigate the flow of the water especially if it is high tide so that it (the sea water) cannot enter the river and cause flooding.)

Your subscription could not be saved. Please try again.
Your subscription has been successful.
Read Next
PRO-7 chief: 250 HVI arrests in 3 months show that CV cops can do their jobs with no casualties on both sides