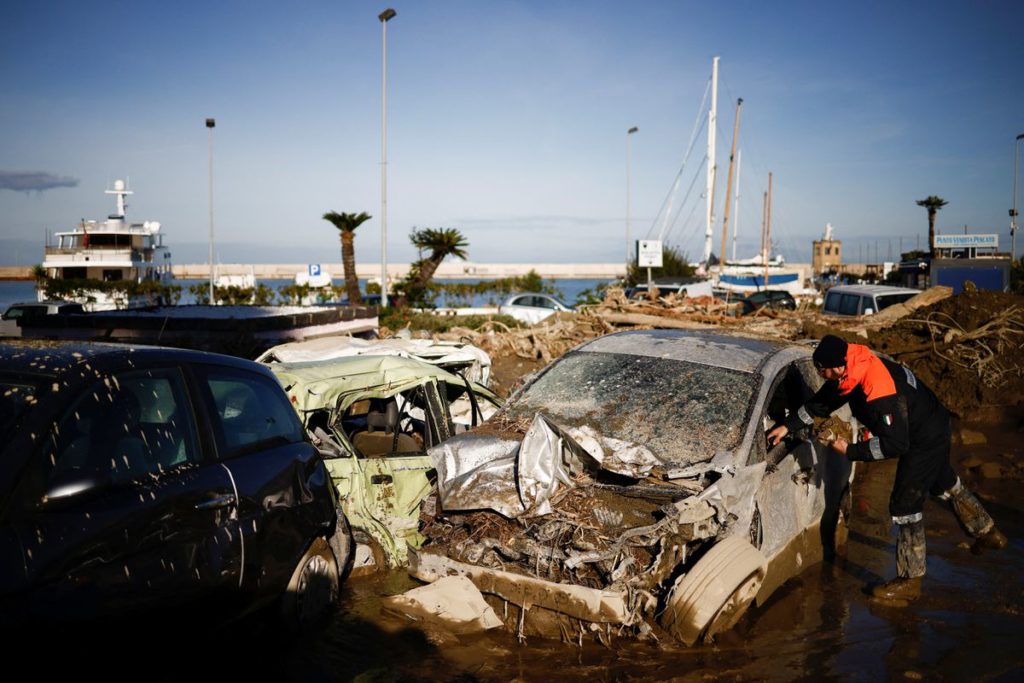 A member of the Coast Guard looks for documents inside a destroyed car, following a landslide on the Italian island of Ischia, Italy November 28, 2022. REUTERS/Guglielmo Mangiapane

CASAMICCIOLA TERME, Italy – At least seven people, including a newborn baby and two children, were killed on the southern Italian holiday island of Ischia after a landslide caused by torrential rain devastated a small town, an official said on Sunday.

Five people were still missing, Naples prefect Claudio Palomba told a news conference. Dozens of emergency workers rushed to the island while rescue divers searched the waters off the coast, he said.

A wave of mud, debris and stones broke away from the island’s highest mountain on Saturday and crashed down over houses and roads in and around town of Casamicciola Terme.

Photographs and aerial video showed buildings smashed by the landslide and several cars pushed into the sea by what one resident described as “a waterfall of water and mud”.

Densely populated, Ischia is a volcanic island which lies some 30 km (19 miles) from Naples. It draws visitors to its thermal baths and picturesque coastline.

Episodes of heavy rainfall are becoming more common and more intense in the light of climate change, experts say, exacerbating hydrogeological risks in many parts of Italy.

Statistics show Ischia has a large number of houses that were built illegally, putting inhabitants at permanent risk from flooding and earthquakes – which have often hit the hilly island over the past years.

The fatal landslide has reignited political controversy over pardons for unlawful buildings granted in recent decades and the reluctance of some politicians to address the issue.

“People must understand that they can’t live in some areas and buildings in risky areas must be torn down,” Campania governor Vincenzo De Luca told state broadcaster RAI on Sunday.

Italy’s new right-wing government led by Giorgia Meloni held a cabinet meeting on Sunday and issued a decree aimed at providing swift help to people in need following the disaster, including some 230 people who were evacuated.

The decree earmarked an initial aid package of 2 million euros ($2.08 million) and envisaged a suspension of tax payments for residents until the end of the year.