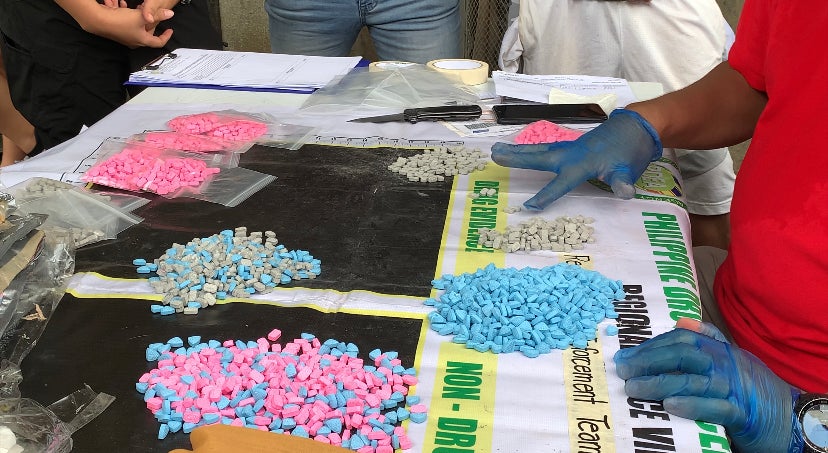 At least P5.7 million worth of ecstasy tablets were seized from a 30-year-old man during a controlled delivery operation on July 18, 2022, in Barangay Pasil, Cebu City. | File photo

CEBU CITY, Philippines — With a lot of parties and gatherings being held during the Christmas holiday, law enforcers here also anticipate the proliferation of party drugs in party venues.

Leia Alcantara, the spokesperson of the Philippine Drug Enforcement Agency in Central Visayas (PDEA-7), said that with quarantine restrictions already lifted and with Cebuanos again allowed to hold Christmas gatherings, the distribution of party drugs in event venues is not remote.

With this in mind, Alcantara said, PDEA-7 agents are now working to intensify their monitoring on the disposal of party drugs in Cebu and the rest of Central Visayas.

Also, they continue with their interdiction efforts in the different ports and passenger terminals in the region. 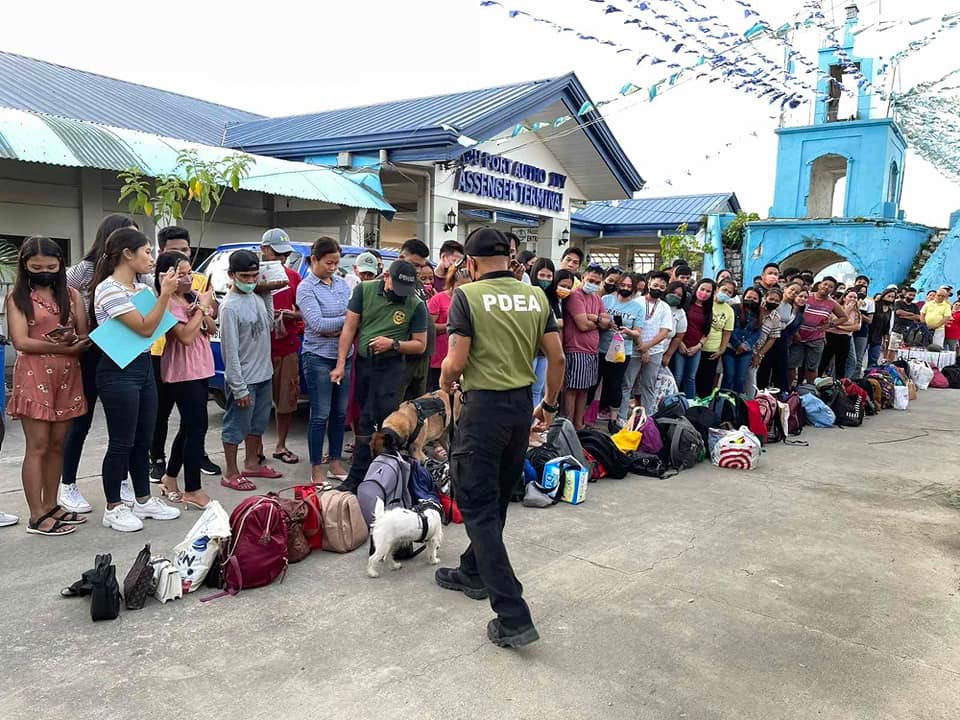 A K9 dog and his handler check bags of passengers at the Muelle Osmeña Port, Lapu-Lapu City in this photo taken on Dec. 3. | PDEA-7 photo

PDEA-7 is trying to “level up” the conduct of inspections, with the influx of passengers, who are arriving and departing at the different ports and terminals in the region.

It is for this reason that they have deployed K9 dogs and some of their agents to especially help check backpacks and luggages.

(We understand that we are getting a lot og visitors this time of year.  Others would also opt to travel. There is a great possibility that drug personalities would take advantage of the presence of holiday travellers.)

Alcantara said that this early, they have already been getting reports on the possible distribution of party drugs like ecstacy in some party venues.

They are now trying to verify these reports, she added.

Alcantara said they do not also discount the possibility that the 2,000 pieces of ecstasy which they seized through a controlled delivery operation last July 18 from a courier in Barangay Pasil in Cebu City could be among the drugs that are intended for distribution in party venues here.

But while law enforcers work to prevent the distribution of party drugs, Alcantara said, parents should also do their share by monitoring the activities of their children and checking on the people they are with.

Police: Drink moderately, stay away from drugs during holiday parties