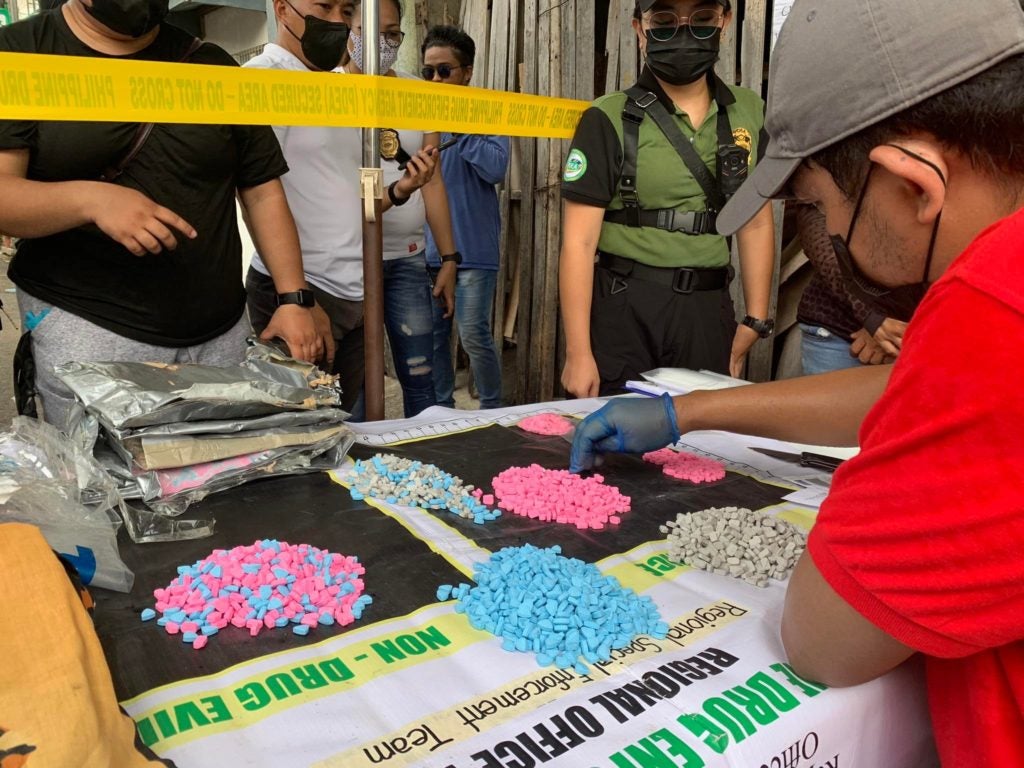 Some P5 million worth of ecstasy tablets are confiscated during a controlled delivery operation of PDEA-7 and two other government agencies, which led to the arrest of a Cebu City resident today, July 18, 2022. | Pegeen Maisie Sararaña

CEBU CITY, Philippines — At least P5 million worth of ecstasy tablets were seized from a 30-year-old man during a controlled delivery operation conducted by on Monday afternoon, July 18, 2022, in Barangay Pasil, Cebu City.

Philippine Drug Enforcement Agency in Central Visayas (PDEA-7), in coordination with the Bureau of Customs and Ninoy Aquino International Airport Anti-Illegal Drug Interdiction Task Group, conducted this controlled delivery operation where they monitored the delivery of a package of 2,984 ecstasy tablets to the person it was sent to in the barangay.

Daryl Panulaya, information officer 1 of the Bureau of Customs, said that they had been trying to communicate with the suspect for at least a week now right after the package arrived at NAIA last July 10.

Just today, July 18, the suspect responded to them and confirmed the delivery, which resulted in his arrest. The package of ecstasy tablets were believed to have come from the Netherlands.

Panulaya added that Padin’s name was put as the consignee of the delivery package and he also was the one who received it.

Panulaya further said that this was the fourth time that they received a package enclosing illegal drugs for this year alone, some were suspected shabu.

For his part, Levi Ortiz, PDEA-7 director, said that this was the first operation they had on ecstasy.

Since the confiscated tablets were of different colors, Ortiz could not tell for now if these were different kinds of ecstasy pending further investigation.

(Somebody from Netherlands sent 2,984 pieces of ecstasy through NAIA…this is the first ecstasy (seizure) in Cebu. The price of ecstasy here in Cebu, the average price is P2250.)

The standard average price nationwide of ecstasy is P1,700. Hence, total worth of the confiscated items were estimated to be at least P5 million.

(According to him, he was just asked by his friend, who was detained in jail. But we don’t know how true this is.)

P111M worth of shabu seized in one day in Central Visayas