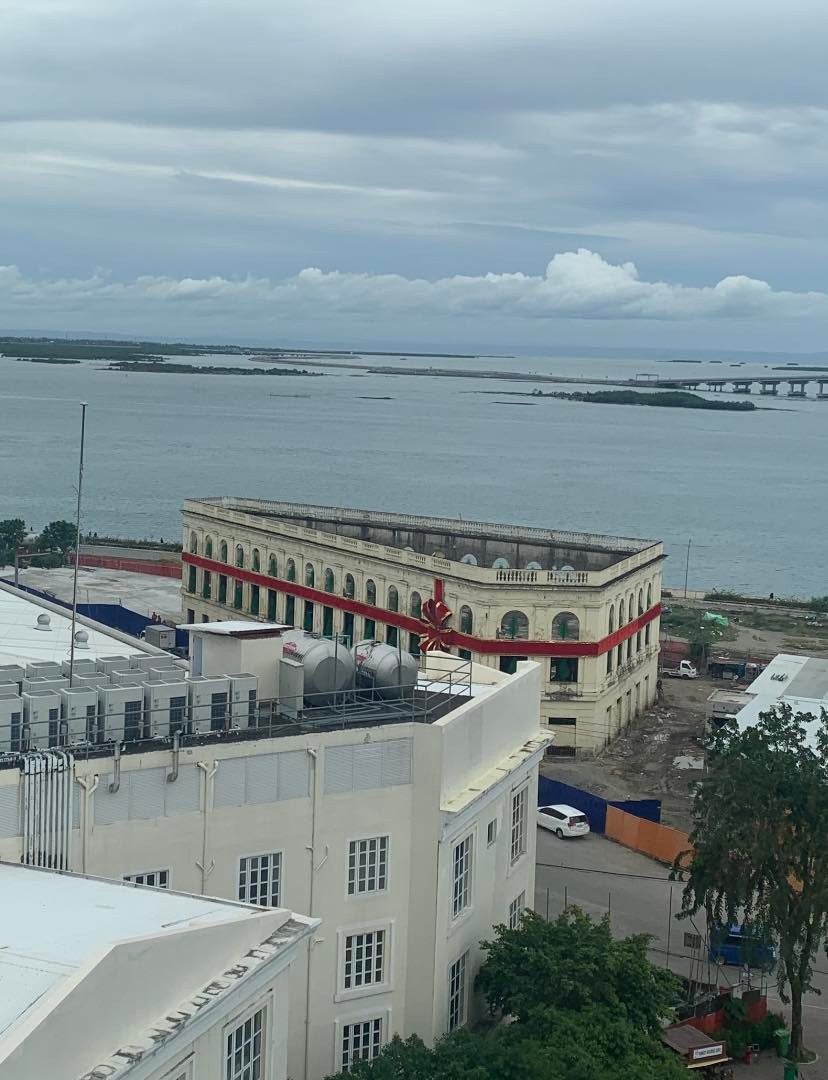 CEBU CITY, Philippines– Some may be wondering why the old Compania Maritima building near the South Road Properties (SRP) is wrapped in a red giant ribbon and looks like a huge Christmas present.

So what’s the reason behind this?

In an interview, Megawide’s subsidiary Cebu2World Development Inc., the entity behind the modernization of the Carbon Market, said they aim to present Compania Maritima as a “gift to Cebu,” in time for the Christmas season.

Lydwena Eco, the Deputy General Manager of Cebu2World Development Inc., in an interview on Thursday, said that originally, Cebu City Mayor Michael Rama asked them to put up a giant Christmas tree at the three-story, century-old building.

“But we felt man gud nga kung giant Christmas tree, it’s basically just the same. Although, there’s going to be a Christmas tree there that’s actually kanang provided for by VECO (Visayan Electric),” she said.

“It would be nice if we make the entire building…It’s like, ang ato g’yong title sa preview nga event is “unboxing the gift for Cebu.” It’s like a gift for Cebuanos. To me, it’s a very very beautiful structure. It’s part of the heritage and culture, and it’s very well-situated,” she added.

Compania Maritima is the name given to the structure located at the southern end of the subway tunnel that connects to the SRP.

Its history remains unclear, but according to several sources, it might have been built in 1910 or during the American occupation, as shown in its neoclassical style.

The property also used to house the Shamrock Hotel, which later on shared the space with Manila Steamship Company, which held offices on its ground floor.

The property is also a subject of a legal battle between the Cebu City Government and the Cebu Port Authority from 2013 to 2016.

Meanwhile, Eco said that aside from wrapping the structure in a ribbon, they also plan to put up lights around it and surround it with landscaping.

“Amo pa ni i decide sa team nga every x minute, let’s say every 30 minutes or every 15 minutes, mura siyag vortex, murag naa siyay show. Every so and so minute, we light up the entire thing,” she told reporters.

She said a formal lighting for Compania Maritima is scheduled on December 17, 2022.