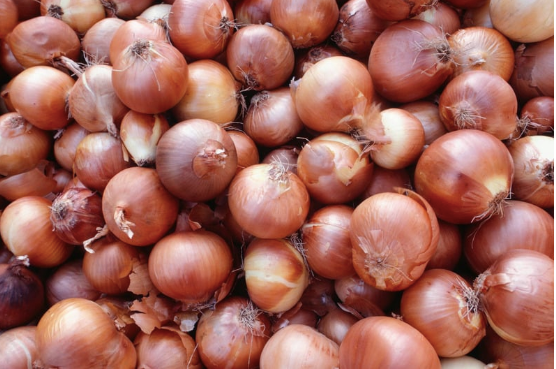 MANILA, Philippines — Senators on Monday said they are distraught that Philippine Airlines (PAL) crew members are now in hot water for bringing onions to the Philippines as “pasalubong” (souvenir).

Senators JV Ejercito and Raffy Tulfo pointed out that the PAL crew members were being punished while big-time smugglers remained free.

(PAL crew members bring home souvenirs for personal consumption. Before, apples, grapes, perfumes, and shoes. Now, they bring home onions for their families. So, this is already a cause of the alert.)

The confiscated onions from the airline crew members, Ejercito said, have a value of $100 to $150.

(This one, we will punish, but big-time cartels, smugglers, and protectors go free?)

Tulfo shared Ejercito’s view and said the matter is “unacceptable.”

(I became hot-headed. Bureau of Customs, you flagged these airline crew. You intercepted something that is for their personal consumption only. How about big-time smugglers whose identities are being repeatedly mentioned? Why are you not arresting them?)

(Big-time smugglers should be your priority. Why don’t you arrest them? Maybe they are always in your office. This is unacceptable.)

READ: What we know so far about ‘out of control’ rise in onion prices

According to the Bureau of Customs authorities, they confiscated 11 kilos of onions from PAL crew members from Riyadh, Saudi Arabia.

The crew members will be charged for violating the Customs Modernization and Tariff Act and the Plant Quarantine Decree of 1978.

The said panel, chaired by Senator Cynthia Villar, is investigating the rising prices of onions in the country.

Over the weekend, the Department of Agriculture said that onion farm gate prices went down to P250 a kilo while suggested retail prices also dropped to P400 a kilo in some areas.