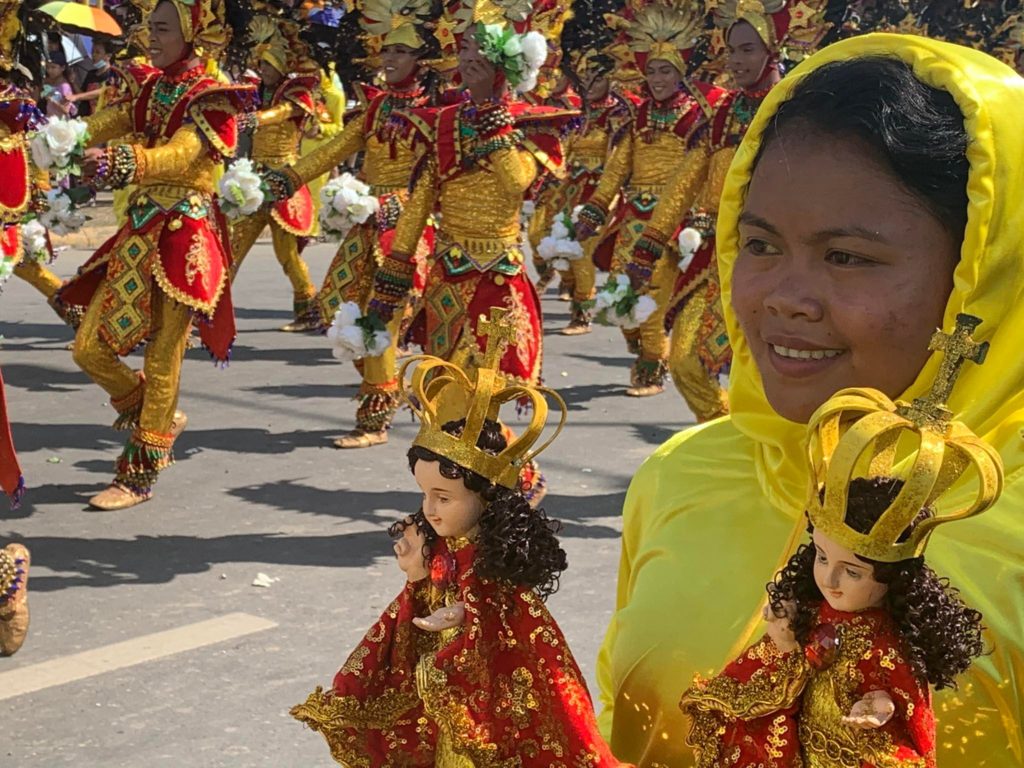 MANDAUE CITY, Cebu — Organizers of the Sinulog Festival in Cebu City should continue to “raise the standards” of the annual festival “if they want to retain the title as the biggest and grandest festival in the country.” This is according to Ricky Ballesteros, former executive director of the Sinulog Foundation Inc. (SFI) and an event organizer.

Ballesteros voiced his opinion in a social media post on Sunday afternoon, Jan. 22, while the 50th Sinulog sa Carmen was also ongoing.

“Festival organizers used to look up [to] Sinulog as [an] innovator, [a] trendsetter, major breakthrough in the creative industry as labelled by Cultural Center of the Philippines,” Ballesteros said.

However, he said, “there will come a time [wherein] they [the Sinulog Festival in Cebu City] will be overtaken again by festivals in the neighboring cities in the Visayas.”

Ballesteros said that among the biggest competitors of the Sinulog Festival in Cebu City is  the Pasigarbo sa Sugbo, “a midyear tourism event” that is organized by the Cebu Provincial government.

Aside from offering high quality and fast paced production numbers, the Capitol is also giving out bigger subsidies to local government units joining the Pasigarbo.  And these subsidies are released on time.

Delays in the release of their subsidies from the City Hall were among the concerns raised by most of the Cebu City-based choreographers in this year’s Sinulog Festival.

In addition to the huge subsidies, Ballesteros said the provincial government also offers “very attractive prizes as incentives to the [Pasigarbo] winners.”

Grand prize winners in the Sinulog-Based and Free Interpretation Categories of the Sinulog Festival 2023 received a cash prize of P1 million each.

The Kabkaban Festival of Carcar City that won the grand prize in the Ritual Showdown of Pasigarbo sa Sugbo 2022, on the other hand, received a cash prize of P5 million.  A brand new motorcycle was also given to the group’s choreographer.

Earlier, Ballesteros also posted an “unsolicited advice” for Sinulog Festival organizers on his social media page following concerns on the accommodation for paying spectators at the grandstand at the South Road Properties (SRP) and the lack of amenities including comfort rooms.

In his post, Ballesteros said that while event organizers are never perfect, they should learn not to be “onion skinned.”

“Thank the person instead for giving feedback, instead of fighting back… There’s always room for improvement…,” he added.

Organizes should also conduct an immediate evaluation after every event.

“Ayaw dugay dugaya samtang presko pa…identify the strengths and weaknesses of your organization… Theres always a first time…,” he said.

On the same post, he also expressed his appreciation for Cebu City Mayor Michael Rama, members of the Sinulog Execom chaired by Councilor Philip Zafra, and SFI Executive Director Jojo Labella  “for keeping their cool” amidst various criticisms on the holding of Sinulog 2023 at the SRP.

Cebu governor on Sinulog at SRP: I wish, pray for event’s success

Mayor Rama thanks those who made Sinulog 2023 successful