About that P30 taxi flagdown 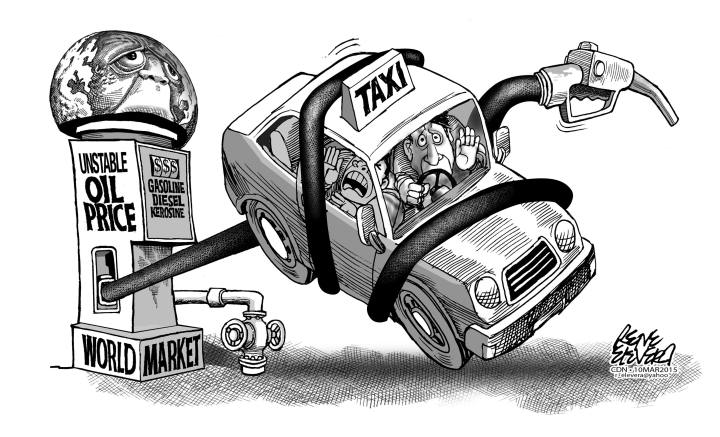 How can the P10 reduction in the taxi flagdown rate as ordered by the Land Transportation Franchising Regulatory Board (LTFRB) be enforced with no calibration of taxi meters?

Ryan Yu, chairman of the Cebu Integrated Transport Multi-Purpose Cooperative had a point when he said there was no written order nor publication of such order in major dailies authorizing the enforcement of the P10 reduced taxi flagdown rate or P30 from the former P40.

As it is, we only have Yu’s assurance that the cooperative would comply with the order.

But taxi drivers can either feign ignorance or ignore the order altogether.

Ah, but there’s the Joint Administrative Order 14 (JAO) which states that “in the imposition of the provisional fare, grantees of Certificate of Public Convenience concerned shall comply with the rules and regulations of the board, the provisions of the Public Service Law as amended and also requirements for public transport service.”

Failure to follow the order means severe fines which may run to a minimum of P1,000. On an income of P300 a day, that means a lot to the taxi driver like Samuel Baclayon, who told Cebu Daily News that he’s worried that the ongoing traffic congestion experienced in Cebu City may drastically reduce his income.

The order doesn’t cover the P3.50 addition for every succeeding 300 meters but unless passengers are stuck in bumper-to-bumper traffic with nowhere else to go, they won’t stick around and opt to leave the cab once the meter climbs up way past their budget.

The P10 reduced flag down rate comes a little too late in the day when global oil prices have gone down since at least eight months back.

In this respect, transport agencies  dropped the ball.

Now the LTFRB can make up for it by being serious in enforcing the rollback.

The apprehension of one driver yesterday, who was fined P1,000 and his operator also required to pay up P5,000 is a good start.

We also hope there is a written order and publication of such order on the P10 reduction of flagdown rate for the information of both the riding public and the taxi drivers and operators.

Due to the volatility of the global oil price market, it is incumbent upon the LTFRB and Congress in particular to institute mechanisms that ensure a speedier, a more equitable and more responsive process to imposing either reduction or increases in fare rates.

How to report an overcharging taxi driver