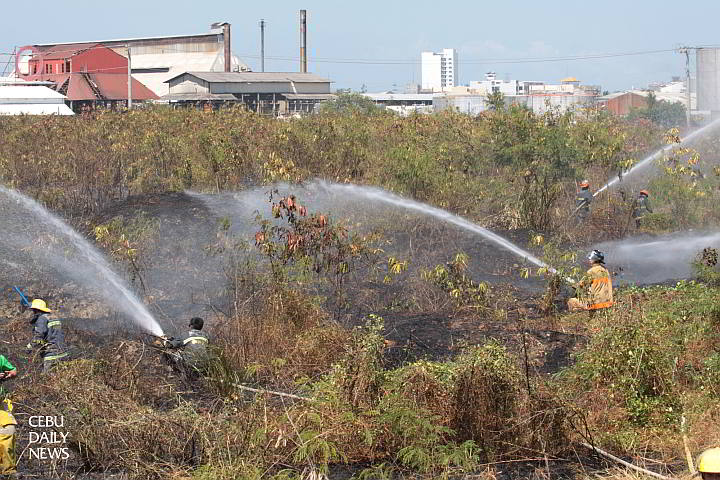 Around P1.8-million worth of property  including four vehicles and a commercial building were razed in a fire that broke out on Saturday dawn in Catmon town,  northern Cebu.

FO1 Ronald Tellidua, Carmen town fire investigator,  said authorities suspected electrical misuse was the cause of the fire which broke out  2:20 a.m. at the general merchandise store of Ruth Marie Fruta in sitio Katambisan, barangay Corazon.

No one was inside when the fire happened.

Fruta’s store was one of five in the semi-concrete commercial building.

Four vehicles — a Toyota Avanza, a multicab van, a tricycle and a motorcycle — parked behind the building were also destroyed.

Strong winds fanned and spread the flames to  houses across the road.

At least four houses were destroyed. These were owned by Peter Molejon, Rogelio Pontillas, Nicolas Fruta and Rosario Rule.

Four other houses were damaged. They were owned by Florante Rule, Jose Villanueva, Apolinaria Orio and Renagen Matos.

Catmon has no fire station but has a  fire truck  under the town’s Civil Defense office.

That fire truck and one from Sogod town were already in the area when firemen from Carmen arrived.

Tellidua said it took them a while to arrive because Carmen is about 18 kilometers from the area.