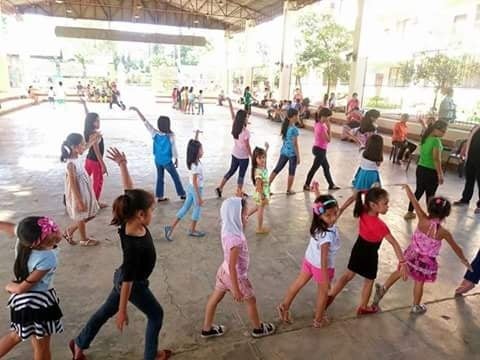 Wilbert Aunzo had to collect bottles and recyclable trash just to earn enough money to buy a meal in barangay Tejero, Cebu City.

The youngest of five children, Aunzo’s brothers are in rehab while his sisters have families of their own.

Things turned around for Aunzo after his neighbor Jenette Flores invited him to join a dancesport team.

Aunzo hesitated at first since he didn’t see himself as a dancer. His cousins convinced him to join and he has since  learned to love dancesport.

Back in 1999, dancesport was the only grassroots program of the Cebu City Sports Commission (CCSC).

Creativity
CCSC chairman Edward Hayco credits the dancesport program for transforming Aunzo into a nine-time National Dancesport Champion and a member of the Philippine National Team.

“From a bugoy (street tough) and out-of-school youth, he learned how to dance and started winning, winning and winning,” Hayco told Cebu Daily News.

Hayco said the success of the dancesport grassroots program in 2010 motivated the CCSC to expand to other sports like table tennis, arnis, karate, volleyball, boxing, archery, basketball, taekwondo, badminton, chess, swimming and  running.

About 30,000 kids aged five years old and above from 16 participating barangays are enrolled in these programs, Hayco said.

“The period between five years old to 20 years old are the most vulnerable years of a person’s life. This is the time when they are full of pent-up energy and hyper curiosity, which is why they tend to be without direction. Sports brings out creativity and can consume the tireless energy of the youth,” Hayco said. The program also allows the participants to choose a sport they can relate to, Hayco cited the Badjao kids whom he said are seasoned swimmers that the CCSC can develop further.

“Under the CCSC programs, we can transform the city’s youth one kid at a time and maybe one day, without realizing it, we have transformed a community,” Hayco said./Xavier University Interns Ana Liza Jane Banaynal and Pearl Therese Aton