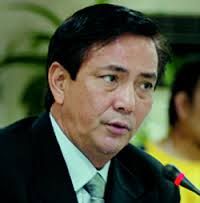 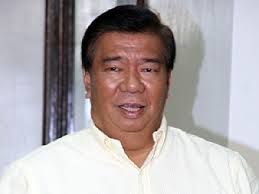 Senator Drilon to support  cleanup of  Cebu city rivers ‘one at a time’; Rama welcomes help after special meeting in  Manila

Senate President Franklin Drilon has agreed to support the cleanup of polluted rivers in Cebu city even as he advised doing it “one step at a time”, the way Iloilo City transformed its main river into a scenic waterway.

The pledge was made in meeting at his Senate office in Manila where Cebu City Mayor Michael Rama led a delegation of representatives from business and civil society on Tuesday.

“He agreed to support the Guadalupe Waterfront Project,” said an upbeat Rama in a phone interview.

“He told us how he did it in Iloilo.”

No specific funds were promised, but future meetings were set as Drilon said he would be “visiting Cebu”more often to help out.

In last month’s summit “Saving our Rivers” mounted by the Movement for a Livable Cebu (MLC), the need for a “champion” to steer resources and cooperation of the government and private sector was identified as a top priority.

This was based on the experience of  Iloilo City whose Mayor Jed Mabilog said inviting Ilonggo senator Drilon to head their task force was the turning point to get national funds flowing to rehabilitate the river.

“It was a very fruitful meeting. Senate President Drilon shared the success story they had in Iloilo where  it was really a collective effort across political boundaries. It involved all  agencies in government,” said Tinago barangay captain Joel Garganera,  who heads the city’s Reduction of Danger Zones (Redz) project.

Mayor Rama convened the group after the summit and promised to provide the “political will” to get job done.

In November last year, during a Malacañang tribute for road sharing “heroes”, Mayor Rama announced that he wanted Drilon declared an adopted son of Cebu City after hearing how much the Ilonggo senator had done for Iloilo City to clean up the river and build the 1.2 kilometer Esplanade using his pork barrel funds.

Last Tuesday’s meeting was a followup of Rama’s request for help.

Seven rivers in Metro Cebu were presented as needing attention but Drilon advised to do it “one at a time” and get baseline information first.

“He was very supportive. We just introduced to him the road map for the whole effort. This is not just for Cebu City but for Metro Cebu. He thinks it’s too big but we can do it step by step,” said  Dr. Espina of MLC.

As agreed, the initial focus will be Guadalupe River, the biggest in Cebu City, since a  master plan for a Guadalupe Riverfront has been drawn up by Metro Pacific as part of its unsolicited proposal to construct the third Cebu-Mactan bridge.

Drilon asked the group to document the current state of the river so he can ask national agencies to look for funding.

MLC is closely looking at “bioremediation” to clean the river.

This involves  introducing microorganisms to remove or neutralize pollutants and suppress bad microorganisms like E. Coli which comes from human waste.

Meanwhile, Tinago barangay captain Garganera said another urgent priority is to conduct a cadastral survey with the help of other agencies to map out the extent of the city’s rivers.

While Iloilo had around 1,000 informal settlers encroaching on the river, Cebu City has around 10,000.

“There’s a commitment to guide us in order to achieve that goal of restoring our rivers. We’re  expecting the senate president to be here anytime soon as long as we can do the things he wanted us to do,” Gargenera said.

As soon as a pilot in one area is done, people can see that restoring a polluted river is possible and will be more open to other moves.

“What use will our engineering work, dredging and desilting be if people continue to throw their garbage in the rivers? So education is a big part of our work,” he added.

After they complete initial tasks, Garganera said they will invite Drilon for another meeting with agencies like the Department of Public Works and Highways (DPWH) which has a mandate to dredge rivers.

“Personally, I’m so passionate about this not only with the other members of the costal barangays because I learned to swim in Pier 3. But now, I can’t even swim in Pier 3 because all the dirt and garbage from Tinago Creek and Tejero Creek end up there. Mactan Channel is the biggest septic tank. It’s no longer healthy,” he said.

Relocating illegal river settlers was solved in Iloilo City by building a housing project , complete with utilities and a public school, in the city itself with the help of Gawad Kalinga.

“We have to start somewhere and it should be soon,” said Garganera.