Archdiocese speaks out against explicit billboards 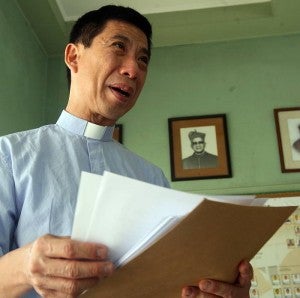 The spokesperson of the Archdiocese of Cebu yesterday urged advertisers to be more circumspect in setting up billboards in Metro Cebu.

Msgr. Joseph Tan said scantily clad models in sexually suggestive poses that are featured in some billboards may warp the thinking of people, particularly minors.

“The Church is hoping that next time, whenever advertisers put up posters or whatsoever materials, they should bear in mind the public. There are those who are quite sensitive to these kind of things regardless of religion,” he told Cebu Daily News over the phone.

Tan said this in response to comment on the billboards and print advertisements of TV celebrity Vice Ganda’s upcoming concert.

“Without talking about censorships, freedom of expression, and moral values, I think the basis which we need to look into in this issue is the sense of decency and its acceptability in a given society,” Tan said.

“I hope they know how to respect (people). There are minors who see what they post, and children’s understanding isn’t that mature yet. The public has to be respected,” he said./Senior Reporter Ador Vincent Mayol