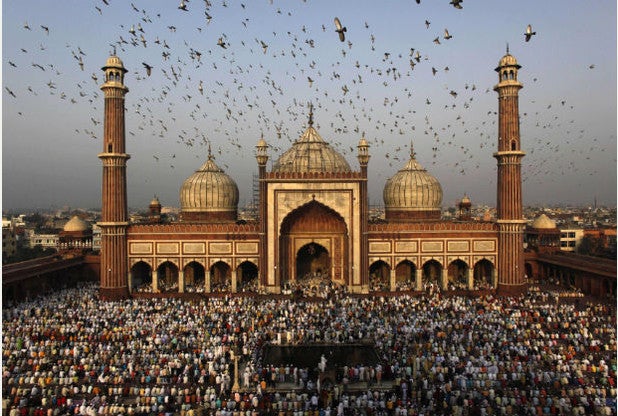 MUSLIMS in Cebu join fellow Muslims around the world in commemorating Eid al-Fitr which marks the end of Ramadan today.

Imam Aladdin Ubpon called on Muslim Filipinos to continue “doing deeds and spending time with their families” in today’s observance which was declared a national holiday by the government.

Ubpon said Eid al-Fitr is the completion of fasting observed by all Muslims, one of the five pillars of their faith.

“May Ramadan man o wala (Whether there is Ramadan or not) everyone should continue the good deeds, charity works and reconciliation with their families,” Imam Upbon told Cebu Daily News.

Upbon said Muslims wake up as early as 4 a.m. to prepare for the celebration. “Everyone will wear their best dress and attend the congregational prayer and sermon at the mosque,” he said.

Imam Ubpon said Muslims in Cebu are joining their fellow Muslim Filipinos in praying for peace in Mindanao and the rest of the country.

“It has been good celebrating Eid’l Fitr in Cebu since Cebuanos have understood the essence and meaning along the way,” he said.

During Ramadan, Muslims fast for 12 hours daily, from sunrise to sunset to strengthen self-restraint and develop piety.

Two months after celebrating the Eid’l Fitr, Muslims will celebrate Eid al-Adha, or Feast of Sacrifice this September.

Ubpon said the event commemorates the Prophet Abraham’s willingness to sacrifice his son Ishmail as a test of his faith in God. In the end, he is provided with a sheep to sacrifice instead.

In remembrance, Muslims around the world slaughtered sheep and other livestock , giving some meat to the poor.