The Pope John Paul II Avenue in Cebu City will be closed to traffic on Nov. 23, a Monday,  for a dry run of rerouting for the International Eucharistic Congress in January.

“During the congress, there will be normal work and perhaps classes so we  want to see the setting through a dry run,”  said Cebu Auxiliary Bishop  Dennis Villarojo, secretary general of the IEC 2016. 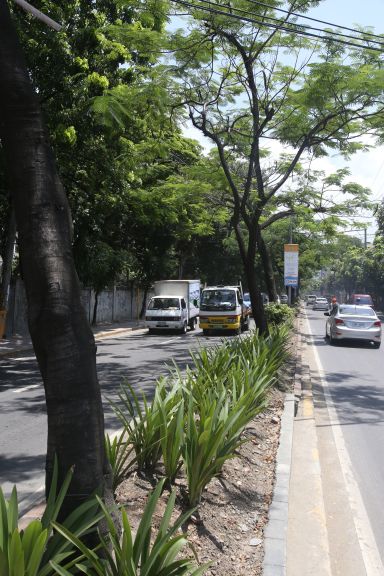 Pope John Paull II Avenue in barangay Mabolo will be closed for traffic for a dry run of rerouting on Nov. 23, a Monday, in preparation for the International Eucharistic Congress in January next year.

The  main congress venue, a brand-new  Eucharistic Pavilion, is located within  the seminary compound in barangay Mabolo, whose main thoroughfare  in Pope John Paul II Avenue is a traffic chokepoint.

Villarojo said they want to observe  how motorists and commuters respond to rerouting changes.

“We’re now in the stage of conducting dry runs, including traffic.  We have to inform the general public about it so they won’t be caught by surprise,” Villarojo told reporters.

He said they chose a Monday, a peak day of the week, to check the impact of the rerouting to be conducted by the Cebu City Traffic Office.

On Nov. 21, the  Pavilion will be turned over by Duros Development Construction (DDC) to the Archdiocese of Cebu. On Nov. 22,  the venue will be full of parishioners for  Mass to celebrate The Solemnity of Christ the King.