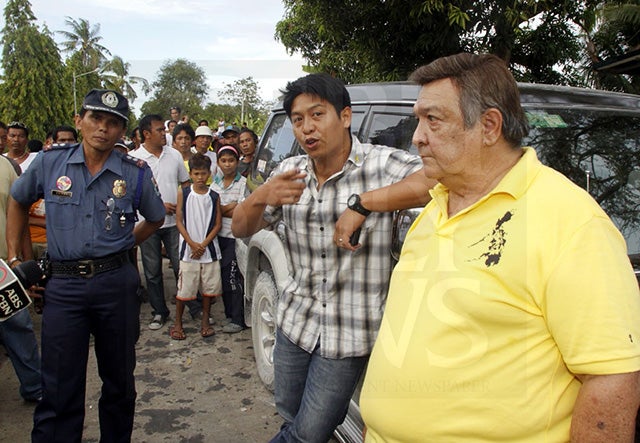 Bogo City Mayor Celestino “Junie” Martinez, Jr. and two others are facing trial for allegedly blocking the convoy of their political rival during the 2010 elections.

The anti-graft office, in a resolution posted on its website, said the Martinezes and their supporters “verbally abused” the group of Rep. Benhur Salimbangon and prevented them from leaving Polambato Elementary School.

The standoff during the May 10, 2010 elections lasted four hours.

Sought for comment yesterday, Martinez said he has yet to receive a copy of the Ombudsman’s resolution.

“I won’t issue any comment for now. I was only informed about this just now. But if ever that’s true, I’m willing to face trial,” he told Cebu Daily News.

Ombudsman Conchita Carpio Morales, who reviewed the prosecution office’s findings, said there is sufficient basis to file charges in court against the respondents who are affiliated with the Liberal Party (LP).

Under the Revised Penal Code, grave coercion is committed “by any person, without authority of law, shall, by means of violence, prevent another from doing something not prohibited by law, or compel him to do something against his will, whether it be right or wrong.”

Read Next
Globe to move cell site out of Apas