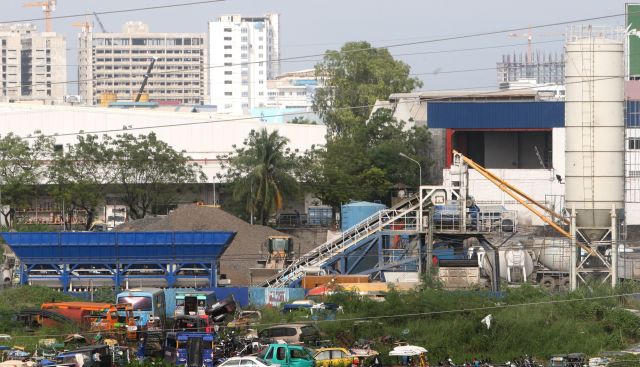 Rama, chairman of the Sinulog Foundation Inc. (SFI), said he will ask the  Cebu Contractors Association (CCA) to help build a 50,000-seater grandstand at the city-owned Block 27 in the NRA, where the Sinulog contingents will be performing their ritual showdown.

“There will be (seats) for free and there will be (some) for a fee. It all depends on how it will be arranged. I think it’s about time (to transfer) because of the number of people that are coming for the Sinulog,” he told reporters in a press conference yesterday.

Rama announced his proposal in time for today’s post-event assessment of Sinulog 2016. The plans for next year will be discussed during the meeting.

Rama said he has inspected Block 27 as well as his proposed 6.5-kilometer carousel route.

The route will start at Block 27, pass through S. Osmeña Road until the corner of Gen. Maxilom Ave. (Robinsons Galleria Cebu), turn right to Benedicto St., another right to A. Soriano Ave. and back to Block 27.

The current carousel route, which is 6.1 kilometers, starts in P. Del Rosario, goes through Imus Road, Carreta, and Gen. Maxilom Ave., around the Fuente rotunda to Osmena Blvd, and back to the Cebu City Sports Center (CCSC). The CCSC can seat only up to 15,000 people.

The Sinulog sa Kabataan sa Lalawigan and Dakbayan will continue to be held at the CCSC.

Rama said he’s asking the help of the CCA since they are the ones providing bleachers on the sidewalks along the carousel route.

Instead of providing bleachers on the sidewalks, Rama said the contractors should pool their resources and construct a grandstand in Block 27.

“It’s not permanent. This will be running for three years. After three years, hoping SRP will have bridges and new roads, we will transfer there,” Rama said.

For now, he said the SRP is not yet ready to host the Sinulog Grand Parade since the roads are not as wide and the area is hot since there aren’t a lot of trees there yet.

He said there are also no other areas that people can go to in the SRP aside from SM Seaside City Cebu.

At the NRA, he said people can visit malls like SM City Cebu and Robinsons Galleria Cebu, dine in several restaurants in the area and also stay in various hotels there. This way, it will lessen the people who will flock to Mango Ave. and Fuente Osmeña rotunda.

Rama said though that he will still have to conduct a focus group discussion in February to thresh out the details of his proposal.

SFI executive director Ricky Ballesteros said Rama informed him of his plan last Wednesday evening. He welcomed the suggestion saying having more options is good but it still has to be studied.

“Cebu is getting smaller for Sinulog. We really have to look for other bigger places. We have to study and evaluate this,” he said.

He recalled that in the early 90s, the Sinulog Grand Parade, which was then serial and not a carousel, was also held at the NRA.

He said he would have wanted it to be in the SRP too but the area is too hot because there are no trees nor a lot of buildings.

Rama was the one who introduced the carousel type for the Grand Parade in July 2001. It was implemented in 2002.

“It’s easier there and a wider area for security. However, traffic should be considered since the NRA is a main road going to northern Cebu,” he told CDN in a phone interview.

Santos, who was recently appointed as the chief of CCPO, said the transfer would require rerouting in the area.

“The route itself is wide but there will still be street parties and at the end of the day, people will still converge on Gen. Maxilom Ave. and Fuente Osmeña to party,” he said.