SMB coach willing to sacrifice one championship for Fajardo’s health

THE ALASKA Aces gun for a commanding 3-0 series lead as they take on the beleaguered San Miguel Beermen in Game 3 of the PBA Philippine Cup best-of-seven championship series today at the Quezon Convention Center in Lucena City.

The Aces survived a courageous stand by the defending Philippine Cup champions in Game 2, 83-80, to go up 2-0 in the finals series and come within two wins away from capturing the title that they were kept away from by this very same Beermen squad last season.

As impressive as the Aces were, the spotlight remained on Cebuano big man June Mar Fajardo and his continued absence from the Beermen after suffering a knee injury in their clinching victory over Rain or Shine in the semifinals.

San Miguel head coach Leo Austria asserted that he is willing to sacrifice one championship for the long-term health of the so-called “Future of Philippine Basketball.” 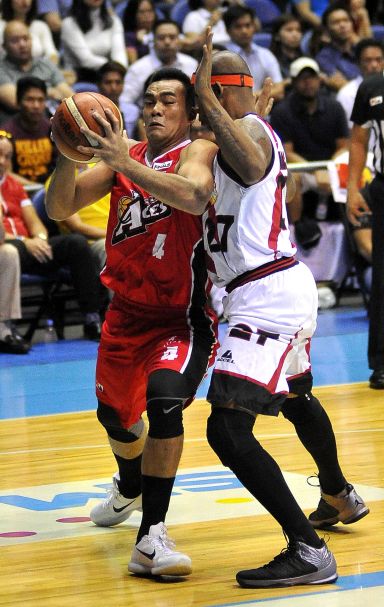 “There are so many championships ahead of him. I think everybody from the management understands his situation. This is only a championship, and after this, we have another conference. We have a second and third, baka magkaroon ulit kami ng two out of three, so you can never know. What’s important is for June Mar to get 100-percent. We will not force him to play, unless he’s forcing himself dahil sya ang nakakaramdam,” said Austria in an interview with Inquirer.net.

In spite of the two-time MVP’s absence, the Beermen was in the thick of the fight all game long until Alaska’s muscleman Vic Manuel shattered an 80-all deadlock with two pressure-packed free-throws with just seconds remaining in Game 2.

Read Next
Filipinos urged to travel despite security concerns