Colossal Battle: A look at the top variants of the Fortuner, Everest and Montero Sport

While last year was all about the pickup truck wars, 2016 should be the year for the midsize sports utility vehicles (SUV).

With the recent arrival of the all-new Toyota Fortuner, the battle in the SUV arena is expected to heat up with the Ford Everest and all-new Mitsubishi Montero Sport being its top competitors.

Motioncars.inquirer.net went through the paper specs of the top-model variants of each of the three SUVs to see which one could make the biggest impact in our shores.

Based on the specs (see box below), the three SUVs are quite close in specifications, as if they all attended the same seminars and ended up with the same specs.

Some data such as curb weight, towing capacity, payload capacity and cargo space in liters were unavailable as of press time to help give a better feature of their abilities and capabilities.

Some may point out that the Everest has the biggest, most powerful engine, but it’s thirsty, and has to haul the biggest, heaviest body. 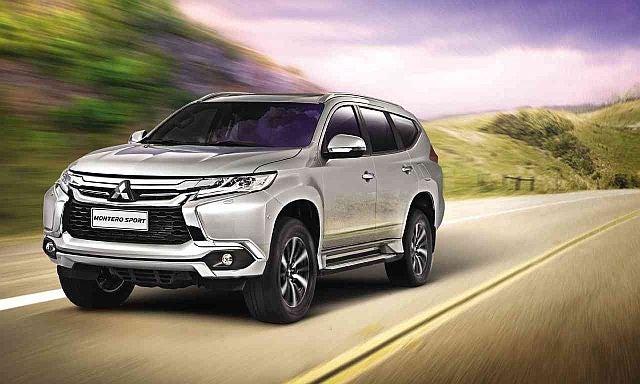 The Montero Sport has the best power-to-weight ratio and widest power band from its 4N15 Mivec diesel engine, the only diesel engine with variable valve and cam timing in this segment, for improved acceleration, braking, cornering and fuel consumption.

The Fortuner, with its latest 1GD-FTV engine, is touted to offer the best in response, even when set in Eco mode. And Toyota promises it to be the most fuel-efficient engine in its class, as well with near class-leading output.

In detail, it’s interesting to see that these three SUVs also gained sophisticated driving aids. Leading the pack is the Ford Everest’s Terrain Response System, most likely licensed by Land Rover (heck, the knob selector looks exactly like what you’ll find in a Discovery Sport, LR’s latest vehicle), select the surface type (snow, mud, grass, sand, etc.), and it figures everything out for you.

Having tried this similar system on a Land Rover Discovery Sport in snow, ice and mud, which gave no drama and absolute confidence, the Ford Everest’s system is probably the very best in its class. 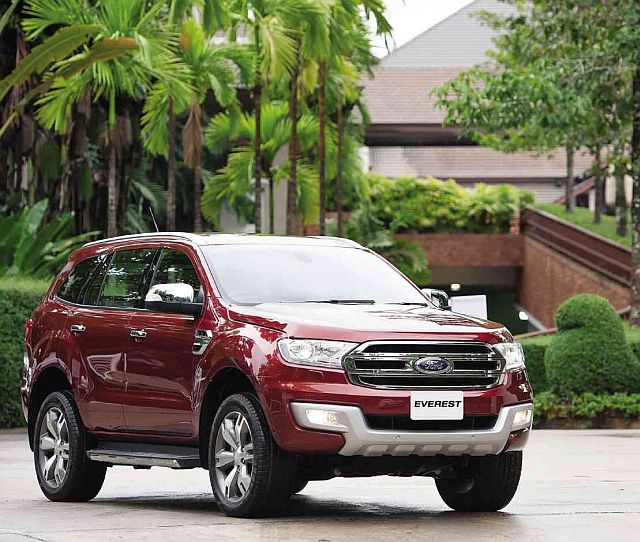 As with the Ford, you select the surface on which you’ll be driving, and the engine/transmission and drive-by-wire system sort everything out for you, delivering smooth, rapid and steady progress.

Having driven the Montero Sport at the purpose-built Fujigane Offroad park in Shizuoka, Japan, last year, the offroad abilities of this SUV have improved tremendously compared with the previous model.

It also comes with a rear differential lock to improve offroad performance further for the top-model GT variant.

The Fortuner makes do with a simpler, but no less effective A-Trac (or advanced traction control) system that maximizes grip on low-friction surfaces and propels you forward. 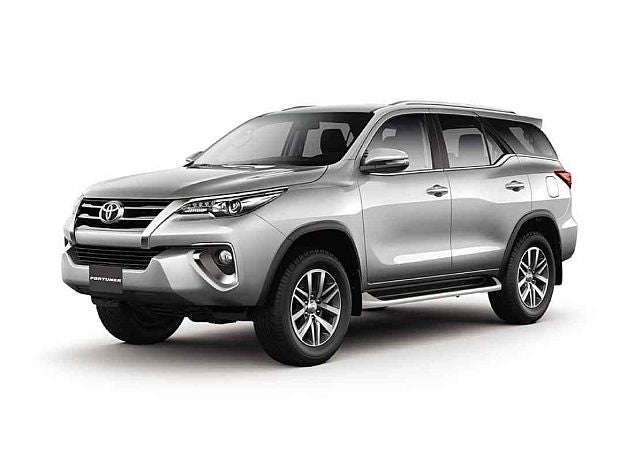 The Everest trumps the Japanese with having rollover stability control to prevent it from flipping over in extreme situations.

The Everest is also the only SUV that can park itself through its Electronic Park Control system, and has the segment’s only radar-guided cruise control, which slows it down once a slower-moving car is detected ahead. It will match the slower-moving vehicle’s speed, then, once the road clears up, accelerates back to its predesignated speed.

The Montero Sport and Fortuner utilize AVT touch-screen monitors, which also tie into the vehicles’ onboard ECU and trip/fuel computer.

The Everest has Ford’s latest Sync2 multimedia system. On paper, it is touted as a most technologically-advanced system; in practice, it requires extensive reading and familiarization, whereas the simpler AVT units of the Montero Sport and Fortuner are easier, more intuitive and friendlier to use for the uninitiated. All have seven-seating abilities and have drop-down third row seats for increased cargo space as well.

It’s hard to declare a clear winner, even based on the spec sheets alone.

Ford is banking on its high-tech toys, of having the biggest dimensions and engine, and a heritage of building reliable trucks worldwide to forge ahead with their Everest.

Mitsubishi is touting the revolutionary improvements in build quality plus on- and offroad performance and safety features, rather than the safe evolutionary path of previous models.

Toyota is banking on the strength of the Toyota brand, coupled with legendary reliability and performance of the Fortuner model line, as well as its far reach in the country to declare the Fortuner as king of the SUV hill.motioncars.inquirer.net