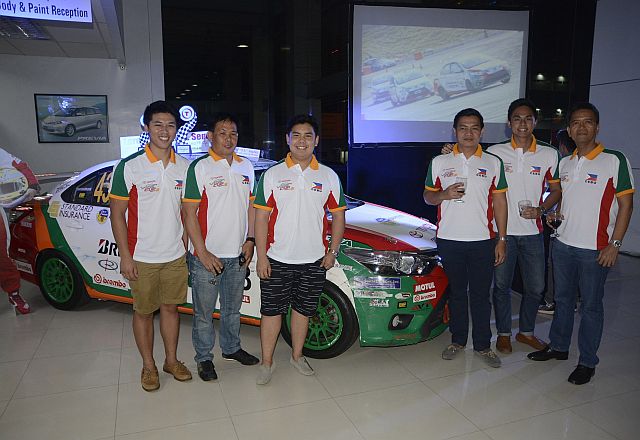 The Cebu team participated for the first time last year—the event’s second season—and managed a podium finish, despite starting slow in the early legs of the series.

Team captain Lord Seno, a veteran and multi-titled Cebuano racer, was responsible for the highest achievement of the team, finishing third overall in the promotional class after four legs.

After the last leg in Subic Bay, Zambales, Seno wound up with 122 points behind Paolo Rodriguez, who finished second with 136, and Miguel Diaz, who emerged on top with 140 points.

The rest of Team Toyota Cebu also performed well in their maiden stint in the series. Oscar Suarez finished fifth overall in the promotional class with 92 points while young gun Jette Calderon, a well-known karter who competed in the stacked-up sporting class, finished 12th among 26 other competitors.

“We learned a lot [from last year],” Seno said in the team’s victory party last week at the Toyota Cebu-Mandaue South dealership at the North Reclamation Area. “So we hope to improve this upcoming season.”

The third season of the four-leg series will start on March 21 in Subic.

“What really mattered is that the Cebuano racing enthusiasts helped the entire team so we were like united for a common cause,” Cuenco said.

Staff from Group B Autoworks, DCMR Autoworks and mechanics from Toyota Cebu, according to team manager John Velasco, played a crucial role in the team’s success last year. He said they couldn’t have done it without the help of the staff, who helped them from the start until the final leg in Subic.

A new addition to the team this season will be noted racer Joseph Rojo. The rest of the team will be composed of Seno, Bobby Pangilinan, Suarez, Sean Velasco and Calderon.

Seno said he is pinning his hopes on Calderon, who showed a lot of potential in the sporting class last year.

“He’s got the potential and I know that he will do his best to be there in the top 10,” Seno said.

Meanwhile, Cebu may not be hosting a leg of the Vios Cup this year, according to Seno. He said organizers are looking at Bacolod City or Tacloban City for the Visayas leg.