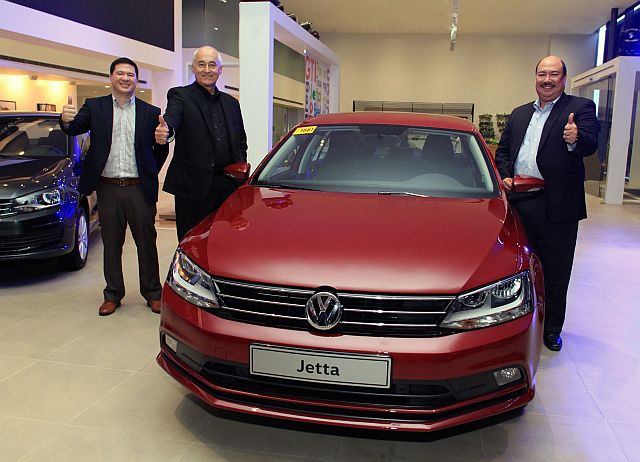 VOLKSWAGEN Philippines announced during the Media Appreciation Night last Jan. 22 at Volkswagen BGC showroom its drive to be an even more “competitive” and “exciting” automotive company in 2016.

A banner year for the automotive industry, when unit sales across all vehicle categories and brands reached unprecedented highs, Volkswagen Philippines achieved not only strong sales figures, but also captured a significant share of industry awards and positive media exposure.

Foremost of these milestones were the 12 awards handed out to Volkswagen Philippines during the Auto Focus People’s Choice and Media’s Choice Awards for Golf GTI, the Touareg SUV, the Touran MPV and the iconic Beetle.

The Golf GTI, in particular, was among the most-awarded vehicles in the country in 2015, as it was also adjudged Best Sports Hatch by the Car Awards Group Inc., the media-based organization that hands out the Car of the Year and Truck of the Year-Philippines, and the Best Premium Compact at the 11th annual C! Awards.

Volkswagen Philippines also took pride in bringing to life its advocacy in 2015 when it launched its Child Safety Initiative (CSI) campaign during the 2015 Manila International Auto Show. From its launch, the CSI campaign eventually grew in scope and impact during the subsequent rollouts in malls, Volkswagen dealerships and schools.

Volkswagen also received a significant share of media attention in 2015, most notably when Pope Francis visited the Philippines in January and rode a Touran during his stay in Manila.

The Polo Sedan and Hatchback stood out as these were the most sought-after Volkswagen vehicles. The Tiguan also performed big in 2015, as did the iconic Beetle.
Volkswagen Philippines also launched new vehicles in 2015, most notably the Polo Hatchback, the Golf GTI, and the 2015 European Car of the Year—the Passat.

Momentous as it may have been, 2015 may be a foretaste of bigger things to come for Volkswagen Philippines.

Volkswagen Philippines showed that they meant business when, on the same night, it launched the new Jetta sedan Comfortline and Trendline diesel and petrol automatic transmission variants, and upgraded versions of the Polo Sedan and Tiguan.

Read Next
Shifting to higher gear