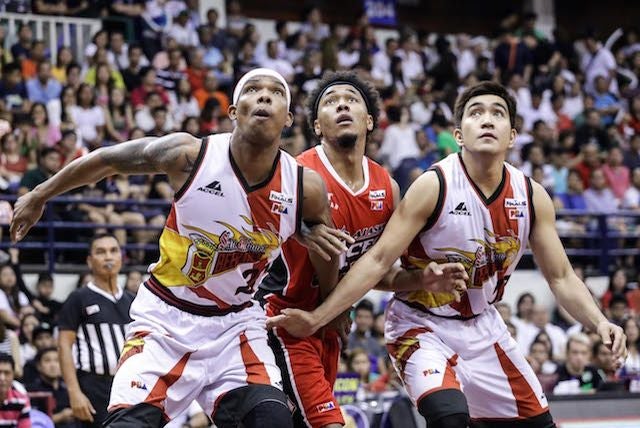 A championship series full of twists and turns reaches its climax as the defending champions San Miguel Beermen and the Alaska Aces duel in what could be an epic Game 7 of the 41st PBA Philippine Cup Finals Best-of-Seven Finals tonight at the Mall of Asia Arena.

The do-or-die showdown pitting the league’s winningest teams was somewhat unexpected after the Aces soared to a 3-0 series lead.

Then the unthinkable happened as the Beermen refused to go silently into the night, mounting a huge fightback and became the first-ever team in the league to tie a best-of-seven series after going down 0-3.

San Miguel has already made history by tying the series alone but the Beermen will be gunning for more as they look for their 22nd championship title and third in the last four conferences.

For a while, it looked like the Aces would easily bag their 15th title but they suddenly struggled and are now in danger of suffering what could be an embarrassing meltdown.

Despite blowing a 0-3 lead, Alaska coach Alex Compton believes that the pressure is with the streaking Beermen.

“I think the pressure is on them. I don’t know how you guys see it, but that team was expected to win a Grand Slam, and now, they have to step up in Game 7,” said Compton.

The four-day break was a welcome respite for the Beermen as it gave June Mar Fajardo to recover.

Fajardo missed the first four games of the series due to a knee injury he suffered in the semifinal round against Rain or Shine.

The 6-foot-10 behemoth made instant impact when suited up in Games 5 and 6.

“June Mar will be able to recover. He’s only about 70 percent (of his old playing condition). He may be 85-90 percent by Game 7. So it’s good for us,” said San Miguel coach Leo Austria moments after their convincing 100-89 Game 6 last Friday.

In Game 5, Fajardo tallied in 13 points and four rebounds in 16 minutes and 28 seconds of action.

The back-to-back MVP winner was more effective in Game 6, where he scattered 16 markers, seven boards, two steals, one block and one assist in 22 minutes of play.

Despite the successive losses, Compton remained confident that the Aces can pull through.

“I get excited about this stuff as I have a hard head. I’m a believer and I firmly believe in my guys. My guys are such a great group to coach, and I hope I can deliver for them and we play a great game,” Compton said.