Contractor worked on 18 projects prior to bridge repair 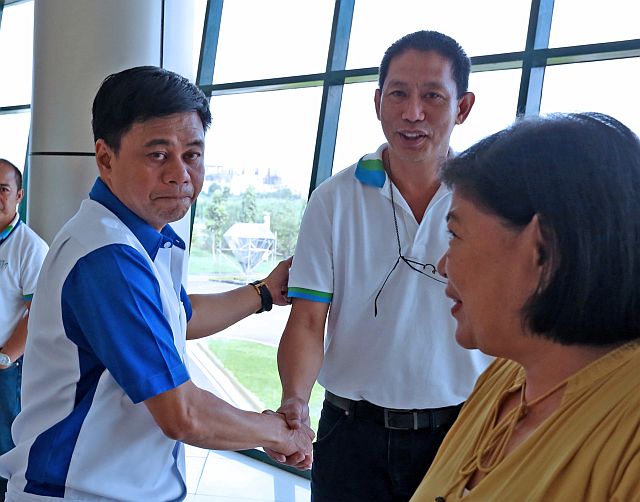 THE contractor for the Mandaue-Mactan Bridge repairs project had worked on 18 projects worth P390 million with the regional and Cebu City offices of the Department of Public Works and Highways (DPWH) from 2008-2012.

Angelie Alonzo, corporate secretary of Jegma Construction and Development Corp., said among the projects they worked on was the DPWH-7 regional office at the South Road Properties (SRP) between 2008 and 2009.

Alonzo said they also worked on the P50-million rehabilitation of the Hagnaya Wharf Road and the P96-million concreting of the Bogo-Curva-Medellin-Daanbantayan-Maya Road in northern Cebu in 2011 and 2009, respectively.

She said most of its contracts are with the government, but they also entertain quotations from private firms.

Engr. Joselito Sayson, DPWH-7 construction division chief, could not give exact figures on how many projects Jegma Construction worked on with the agency.

“But I can say the contractor has worked with the regional office many times already. They wouldn’t have gotten the contract to fix the bridge if not for their prior experience,” Sayson said.

DPWH-7 awarded Jegma Construction and Development Corp. the P129-million contract to undertake repairs on the Mandaue-Mactan Bridge last year, but the project was only implemented on Feb. 8.

Alonzo sits as the company’s president and CEO while his wife, Alma, is the vice president.

Its office and warehouse building stands on a 1,092-square meter lot.

Although it is Cebu City-based, the contractor also has projects in Luzon and Mindanao.

The company owns a 2,000-square meter yard in San Isidro, Talisay City where their heavy equipment is garaged.

DPWH-7 ordered JCDC to stop major works on the bridge while stakeholders try to come up with a solution to secure the water transmission line owned by the Metropolitan Cebu Water District (MWCD) which is attached under the structure.

MCWD earlier proposed that Jegma Construction undertake the rehabilitation of the pipe support for the MCWD water conduit, but the firm reportedly declined due to “lack of experience” in attaching the proposed stainless steel rods.

Both Alonzo and Bulala declined to comment on the matter.

Read Next
Sun gets TRO vs cellsite deactivation