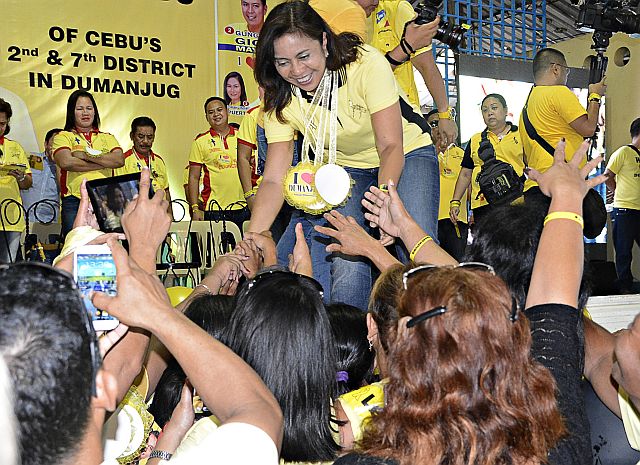 Olango Island turned into a sea of yellow as the Liberal Party held a rally in Barangay Talima Thursday.

Lapu-Lapu City Mayor Paz Radaza said holding the rally in Olango gave the residents an opportunity to participate in a political sortie that usually happens only in the mainland.

Around 7,000 people gathered at the Mini Hoops Dome in Barangay Talima. The rally was in full swing, with local officials and candidates giving their speeches.

LP standard bearer Mar Roxas and his running mate Representative Leni Robredo arrived in separate yellow choppers and landed in a vacant lot a few meters from the Hoops Dome and were welcomed with cheers from their supporters. Their aides were aboard another chopper. 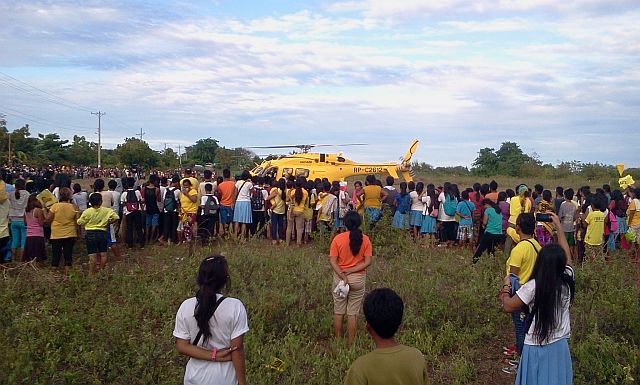 The Hoops Dome was filled with yellow buntings and streamers and most of the attendees wore yellow shirts.

Roxas, in his speech said areas in the country such as Olango should never be forgotten and neglected. He said with the continuity of the President’s “Daang Matuwid”, places like Olango would develop through the Pantawid Pamilya Program and the Bottoms Up Budgeting (BUB), where the budget would emanate from the barangay.

Read Next
Dengue cases up in Cebu province