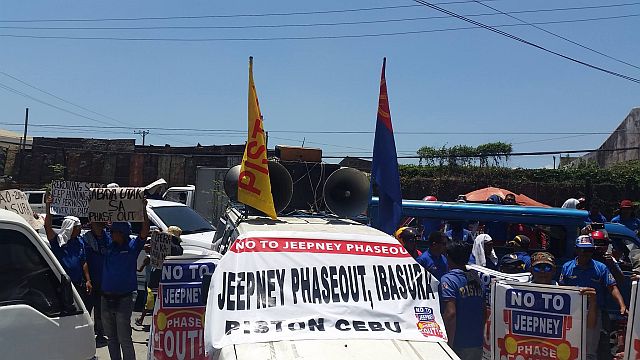 MORE than 100 tricycle and passenger jeepney drivers under the militant group Piston held rallies in Mandaue City and at the regional Land Transportation Franchise and Regulatory Board (LTFRB 7) office this morning.

The drivers protested plans to phase out tricycle operations in the city as well as jeepney units that are 15 years old and more.

They converged at barangay Ibabao in Mandaue City at past 8 am and walked to the City Hall grounds for their first rally. The group later held another rally at the LTFRB 7 office at past 10 am.