Neda: Drought has come to Cebu 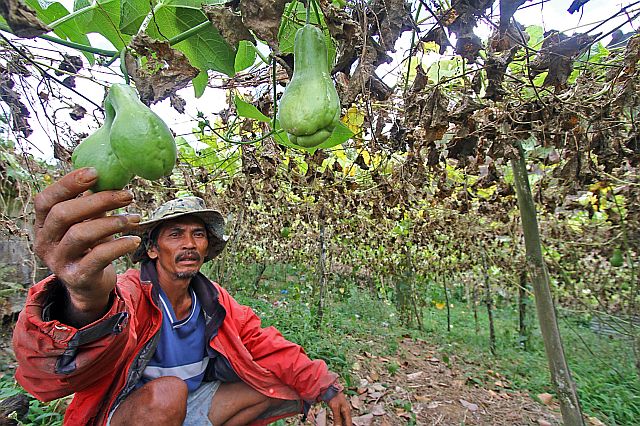 Cebu might not have been officially labeled as having been effected by the El Niño weather phenomenon, but as far as the National Economic and Development Authority in Central Visayas (Neda 7) was concerned, Cebu is now faced with a drought.

Neda 7 Director Efren Carreon, who chairs the Regional El Niño Task Force, said that Cebu, as of April, is now drought-stricken, along with Bohol, Negros Oriental and Siquijor; while Negros Occidental is under a dry spell.

Cebu, Bohol and Siquijor would continue to experience drought in May, Carreon said in a report he presented yesterday.

In his presentation, Cebu province and the rest of the Visayas were recorded to have “near normal” water supply in February, experienced “dry condition” in the month of March, and “way below normal” rainfall for April. According to Carreon, the data they received from the Philippine Atmospheric, Geophysical and Astronomical Services Administration (Pagasa) indicated that Cebu, Bohol, and Negros Oriental would continue to experience drought until the month of May, with the heat intensity peaking this month.

On the other hand, the drought in Siquijor was expected to last until June.

The same report stated that Cebu was getting less than 50 millimeters of rain, or just 40 percent of its average rainfall of 51 to 100 mm. But rainfall volume was expected to improve starting next month.

For its long-term forecast, Pagasa predicted that after the dry spell, La Niña, exemplified by intense rain, would be experienced from June to September this year.

Considering that these kind of weather conditions are recurring, there is a necessity to develop water-related projects like water impounding and water catchment facilities during the La Niña period to help mitigate its effects, Carreon stressed.

So far, Carreon explained there has been no significant increase in food prices but incidences of fire brought about by the heat was alarmingly on the rise as well as problems relating to water supply. Carreon said they were still consolidating data to quantify the damage that El Niño has wrought on the region.

The Department of Agriculture would also still need to validate the assessment made by the Cebu Province Rapid Assessment Team (CPRAT) that the dry spell has so far destroyed P186 million worth of agricultural products in the province.

In a bid to hasten the occurrence of rainfall within the water-parched Cebu, the provincial government, meanwhile, mulled the idea of cloud-seeding, but it had to be studied thoroughly since it might not work, said Provincial Disaster Risk Reduction Management Office (PDRRMO) chief Baltazar Tribunalo.

With intense heat expected to continue until May this year, Tribunalo said they would need to make sure first where they would do the cloud seeding, the dropping of crystalline substances like silver iodide or dry ice (solid carbon dioxide) into clouds to induce rain.

Tribunalo said that among the factors to consider in conducting cloud seeding, the most important would be the existence of “seedable clouds” and its direction so as to ensure that the rainfall would land on the intended area.

“This is a very expensive method,” he said.

“It would be impractical to do this when there’s a big possibility that the rain would fall not on land but in the Tañon Strait, for example,” Tribunalo said. he added that they wanted to consider cloud seeding as it had been effective in dry spell-stricken Bohol.

Marina Hermoso, regional technical director of the Department of Agriculture, said the cloud seeding conducted in Bohol was done in a stretch of 44 hours and raised the water table of the dams in the province.

Hermoso said the DA was prepared to fund a cloud-seeding activity in Cebu.

Alfredo Quiblat, Pag-asa Mactan chief, however, said there would only be about 30 percent chance of rain if a cloud seeding would be undertaken in Cebu.

He said a spotter would be needed to identify what clouds would be cumulonimbus, or the raining clouds, to ensure it would rain.

“Pagasa data and equipment like satellite and doppler radar are also needed to identify which are the raining clouds for the cloud seeding,” Quiblat told Cebu Daily News.

He stressed that cloud seeding would not necessarily mean that rain would follow because “clouds are always moving.”

Oscar Tabada, Pagasa Visayas chief, said cloud seeding was successfully done in draught-stricken Mindanao with the help of the Armed Forces of the Philippines (AFP) in Mindanao.

Pagasa earlier projected that Cebu would be officially categorized as an area under a “dry spell” by the end of April after experiencing two consecutive months of way below normal rainfall or a 60 percent reduction of rainfall.

As of yesterday, only .2 millimeters of rain was recorded in Cebu for April. The normal average of rainfall for April is 50 millimeters.
Cebu City experienced rain last Monday night but the number was “unrecordable.”