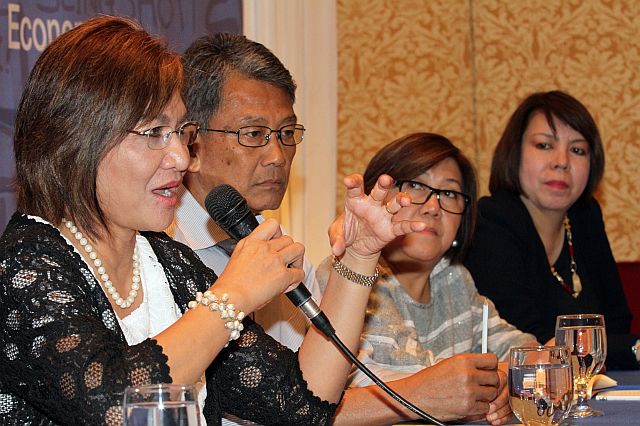 The government and private sectors are planning to launch a mentorship program for technology start-ups to help them gain traction and eventually attract investors.

Maria Elena Arbon, Department of Trade and Industry (DTI) Cebu provincial director, said the program will also cater to existing business owners to help them understand how they can use technology in their respective enterprises.

Arbon was referring to the Launchpad mentorship program of the Philippine Software Industry Association (PSIA).

“In the end, we will link the two, and this will be the solution to (the problem of financing for tech start-ups),” Arbon told Cebu Daily News during the Slingshot Cebu 2016 at the Waterfront Cebu Hotel and Casino in Cebu City last Saturday.

More than 350 attended Slingshot, a program of the DTI for public dialogue and partnership to accelerate the development of the start-up community in the country.

Arbon said that more than funding, what the start-up community is looking for is mentorship.

TechTalks.ph founder Tina Amper, in a press conference, said they are working with the PSIA to bring the Launchpad mentorship program to Cebu.

She said it will be a three-month mentorship program for start-up founders composed of one-on-one consultations and virtual sessions through Skype.

They have a group within PSIA called Spring.ph that helps out start-ups, Amper said, which the organization has been running for more than one year.

Amper said they will start accepting applications for the Cebu leg in July with initially only 10 slots up for grabs and launch the program by September.

In a closed-door meeting during the event, members of the business community listened to input on trends and opportunities in technology given by venture capitalist Diosdado “Dado” Banatao.

Cebu Chamber of Commerce and Industry (CCCI) President Melanie Ng, for her part, said they were “inspired and enlightened at the same time” following their meeting with Banatao.

“Dado encouraged us to know the market and take advantage of technology that will allow us to innovate and discover solutions to help solve the problems of the present,” she said in a text message to CDN.

CCCI earlier announced its plan to create a group of local investors for start-ups as access to funds remains to be a challenge within the industry.

With Information Communication Technology (ICT) being one of the thrusts of the Chamber, Ng said they are glad they are on the right track in terms of supporting its growth and sustainability.

Banatao said that industries shy away from investing in start-ups primarily due to their “conservative” nature as well as the lack of significant research and development efforts on the part of the government and academe.

“What we need are a reliable group of scientists and technologists,” he said.

He added that in the past, there was also a lack of companies willing to take risks, and because of this, existing enterprises have no model to look to in terms of investing in tech start-ups.

Banatao said that there is a need to address these issues now and convince the government in how to do so.

“We need to have enough experts deliver. That’s when the money will come in,” he said.