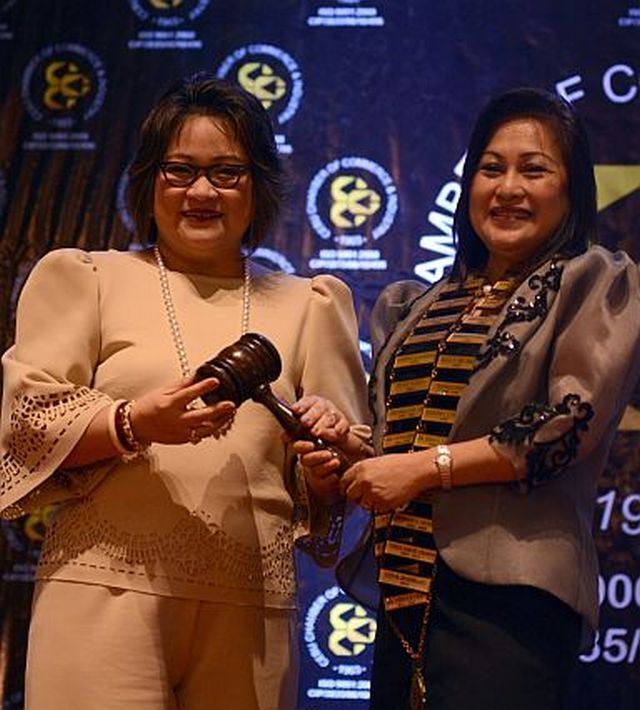 Cebu’s business players happy over naming of Go Negosyo official as new Trade secretary The business sector in Cebu welcomed the appointment of the new trade and tourism secretaries under the incoming Duterte administration.

The business sector in Cebu welcomed the appointment of the new trade and tourism secretaries under the incoming Duterte administration.

Cebu Chamber of Commerce and Industry (CCCI) president Melanie Ng said the business community in Cebu is happy to hear about the assignment of Go Negosyo executive director Ramon Lopez as the new trade and industry secretary.

“He is the man for entrepreneurial development,” she told Cebu Daily News in a text message yesterday.

On Monday evening, President-elect Rodrigo Duterte named three additional members to his Cabinet, including Lopez as trade secretary, and Wanda Corazon Teo, owner of Mt. Apo Travel and Tours, as secretary of tourism.

Ng said that naming Lopez as the new trade secretary was a great move especially as the focus of the business sector right now is to develop micro, small, and medium enterprises (MSMEs) to spur economic growth in the country.

Go Negosyo, an advocacy of the Philippine Center for Entrepreneurship, uses caravans, seminars, multi-media campaigns and books to “demystify entrepreneurial success and popularize entrepreneurship as an alternative to unemployment, job-seeking or migration.”

The program was founded by Jose Ma. Concepcion III in 2005 after having been appointed by then president Gloria Macapagal-Arroyo as Presidential Consultant for Entrepreneurship.

Lopez has been Go Negosyo’s executive director in the last 11 years.

“His experience in the Go Negosyo Program will be a great asset that he can bring to the Department of Trade and Industry,” said Ng.

With Lopez at the helm, Ng said the business community can expect an even more strengthened public-private partnership as they grow business to the next level and achieve inclusive growth.

Yesterday, Lopez said he was committed to continue pursuing initiatives aimed at helping the “poor, micro and small sectors” as he takes on this new role over the next six years.

He said his appointment was “not expected because we are ready and have been helping from the private sector side through Go Negosyo for the past 11 years.”

“But (I) couldn’t say no also when (President-elect Rodrigo Duterte) mentioned his sincere wish to help the poor and micro and small sectors para sa bayan (for the country) and (to) also level up the existing businesses to be more innovative especially those in the sectors where we have comparative advantage, where Philippines will be known for,” Lopez said.

“I’m just an instrument to help them but I am sure all of you would like to do something for the underprivileged groups. Use me,” he added.

Meanwhile, outgoing Trade Secretary Adrian Cristobal Jr., who was in Cebu City last week for the launching of DTI’s “Negosyo, Konsyumer, at Iba Pa” three-day service caravan, said he was confident that the country will continue to see economic growth in the coming years despite the change in leadership.

Cristobal said they have already set the foundation, giving them confidence that the country’s performance in the past years ensures sustainable growth in the coming decades.

Meanwhile, Julie Najar, Marco Polo Plaza Cebu general manager and tourism committee chairperson of Cebu Business Month (CBM) 2016, said that while she would like to reserve her comment on Duterte’s choice for tourism secretary, she would keep an open mind for as long as “the person is dedicated and knows exactly what her job is for the next few years.”

“I would like to give her a chance. There must be a reason why President-elect Duterte chose her,” she said in a separate interview.

Teo, sister of the famous Tulfo brothers, is currently the president of the National Association of Independent Travel Agencies (NAITAS)-Philippines Inc., a group that claims to be the “biggest tourism organization in the country.”

Najar said outgoing Tourism Secretary Ramon Jimenez Jr. did a “fantastic job” to market the Philippines as a travel destination.

The Philippines welcomed 5.3 million foreign tourists in 2015, representing a growth of 10.91 percent from 4.8 million arrivals during the previous year.

Cebu logged a total of 3.3 million tourists, both foreign and domestic, in 2015.

For 2016, the Department of Tourism increased its target to six million foreign arrivals in the whole country.

“Hopefully, the next tourism secretary will have to do the groundwork. We have them coming in to the Philippines, now we have to make it easy for tourists to move around,” she added.

Tourism infrastructure development should be among the priorities of the incoming secretary, whether these are hotels, restaurants, means of transportation, roads, or airports, she said./with Inquirer.net