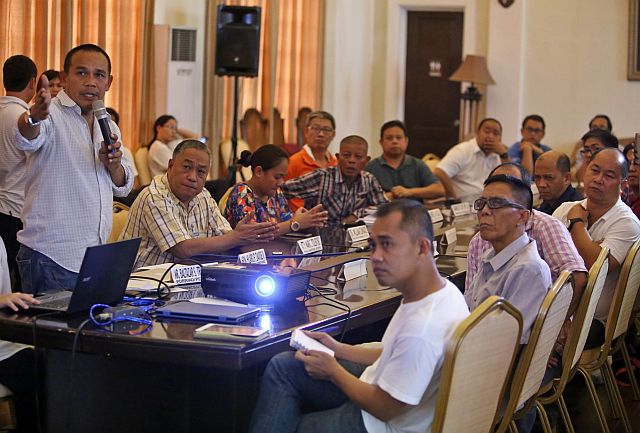 Time is of the essence in averting more damage wrought by a foreign vessel to Monad Shoal; however, time may not be on the side of rescuers.

As of yesterday, the Panama-registered cargo vessel MV Belle Rose continued to sit on about three hectares of coral reef on Monad Shoal, three days after it ran aground at dawn on Monday and amid fears from environmental experts that more damage on corals will result the longer the ship stayed there.

MV Belle Rose ran aground in a 10-meter deep area while the submerged portion of the ship is twelve meters. To bring the vessel afloat, the seawater would need to rise by at least two meters on high tide.

But the Philippine Coast Guard (PCG) Cebu Station does not see water rising by two meters in the coming days, as the highest tide projection for the month is only at 1.8 meters for June 24.

Monad Shoal in the northern municipality of Daanbantayan is part of the Malapascua dive spot, considered one of the country’s best dive sites.

The damaged area was about three hectares of the 300-hectare shoal affecting Brain Coral species locally called “Tampulong” and “Binagong”.

“It (vessel) can still move considering the weight of the cargo ship. It can pose more damage (marine life),” Bibat warned.

An emergency meeting was called by Cebu Governor Hilario Davide III yesterday at the Provincial Capitol to discuss contingency measures to avoid further damage on marine life in the area known as the sanctuary of several shark and ray species.

Cebu environmental lawyer Benjamin Cabrido of the Philippine Earth Justice Center expressed concern over proposals to wait for the sea level to rise before salvaging the vessel.

“We have to lighten the vessel, nagmamadali tayo (we’re in a hurry) because it wastes time and they still have to wait for weeks before the sea level rises,” he said.

To refloat the ship, experts said some 300 metric tons of cargo need to be unloaded. MV Belle Rose which was bound for Taiheiyo Cement Philippines Inc. (TCPI) in San Fernando town in southern Cebu when it ran aground carries 48,000 metric tons of clinker, a raw material needed to produce cement.

Ship Captain Vicar Niel delos Reyes earlier told investigators that the vessel was avoiding a group of fishermen when it instead hit the shallow area of the shoal.

Asked by Atty. Cabrido on what he was doing at the time of the accident, Tumlos said that he was asleep because he was off duty. It was the first time, he said, that they passed through the area.

The 20-man all Filipino crew of MV Belle Rose are prohibited from leaving the vessel while the issue is still being resolved.

Interviewed by Cebu Daily News, Tumlos explained that the ship captain could not attend the meeting because he needed to remain on board the ship to look after the vessel and the whole crew.

“We are monitoring the vessel naman,” Tumlos said refusing to give further details on their future navigational plans.

Speaking on behalf of the vessel’s owners, Sun Ship Management Corp. legal officer, Atty. Pedrito Faytaren assured that the company will cooperate with the provincial government and other agencies involved in resolving the matter.

“We want to get out (of Monad Shoal) as soon as possible,” Faytaren said in an interview with reporters.

The company has hired an expert to assess the damage caused by their vessel to Monad Shoal, he said.

A team from the Provincial Disaster Risk Reduction Management Council (PDRRMC), Bureau of Fisheries and Aquatic Resources (BFAR-7), Environmental Management Bureau (EMB-7), PCG, Malayan Towage and Salvage Corp. and representatives from the shipping company left for Daanbantayan early today to conduct a joint assessment on the damage to the area, which will be used to decide on what option to take to remove the vessel at the soonest possible time.

For his part, Daanbantayan Mayor Augusto Corro said that they will leave it up to the provincial government to assess the damage on the coral reefs at Monad shoal.

For the time being, diving along the vicinity of the vessel has been suspended, he said.

“It’s only within the vicinity. We want to ensure the safety and security of our tourists,” Corro told CDN.

Meanwhile, incoming Daanbantayan Mayor Vicente Loot planned to pursue a formal marine protest against the owner of MV Belle Rose, the Sun Ship Management Corp. Ltd. of Japan to collect damages that would be used to rehabilitate the coral reefs damaged by the vessel.

An estimated $30,000 will be needed to rehabilitate the three-hectare damaged corals in Monad Shoal through a “coral transplant”./with UP Cebu Intern Amy A. Macalinao

Read Next
Village chiefs warn police not to be pushovers