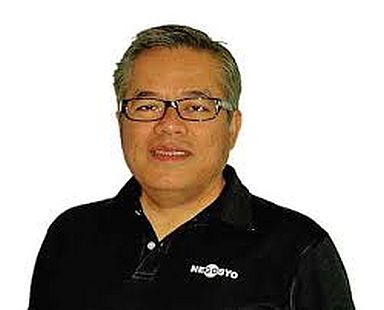 If Trade Secretary Ramon Lopez’s thrust to establish a P1-billion regional credit access for micro, small, and medium enterprises (MSMEs) would push through, then this would benefit more small businessmen who would usually turn to loan sharks to borrow capital to expand their business.

Melanie Ng, Cebu Chamber of Commerce and Industry (CCCI) president, said that with a bigger budget set up for regional credit access, more MSMEs would gain from this initiative.

“This is a much-needed boost to give opportunities to our MSMEs especially in the countryside,” Ng said in a text message.

In an interview with the Inquirer, Trade Secretary Lopez said he would still have to ask President Rodrigo Duterte about this initiative and would hope the Department of Trade and Industry (DTI) would get the executive’s support.

Lopez was referring to his P1-B regional credit access for MSMEs’ proposal.

Lopez said the additional amount would also help fund more shared services facilities (SSF), a flagship program of the DTI providing MSMEs with equipment or infrastructure that could be used by a number of beneficiaries, including cooperatives, institutions and communities.

He said a portion of the fund could also be used for the Negosyo Centers for productivity enhancement programs, further trainings, seminars and mentoring activities.

For Ng, credit access, training and business set-up support provided by the Negosyo Centers and SSFs in various localities would help boost entrepreneurship.

The Duterte camp promised during the campaign period that MSMEs would be able to borrow capital from the government to expand their business.

Today, most small businessmen would turn to loan sharks while rich businessmen could get capital from their family, from banks or by selling their properties.

CCCI past President Ma. Teresa Chan said that the SSFs had been effective in improving skills and the productivity of communities.

“Expansion of this program is a must to achieve inclusive growth,” said Chan.

Glenn Soco, Mandaue Chamber of Commerce and Industry (MCCI) incoming president, said this move by the trade secretary would help level the playing field in business.

“I noticed in the past that it is not easy for micro and small entrepreneurs to have access to the funds and facilities available because of stringent requirements,” Soco said.

He cited how it would be difficult for micro enterprises to prepare a business plan and submit audited financial statements.

He said he was hoping that there would be a more rational and equitable distribution of the funds available for MSMEs.

“Likewise, we need to make it easier for MSMEs to access these funds and facilities,” Soco added.

According to the Philippine Institute for Development Studies (PIDS), financing obstacles posed as one of the top four serious problems for the growth of businesses.

In a survey conducted by the PIDS in 2011, firms cited the following financing problems: shortage of working capital to finance new business plan, difficulties in obtaining credit from suppliers and financial institutions, insufficient equity, and expensive credit cost.