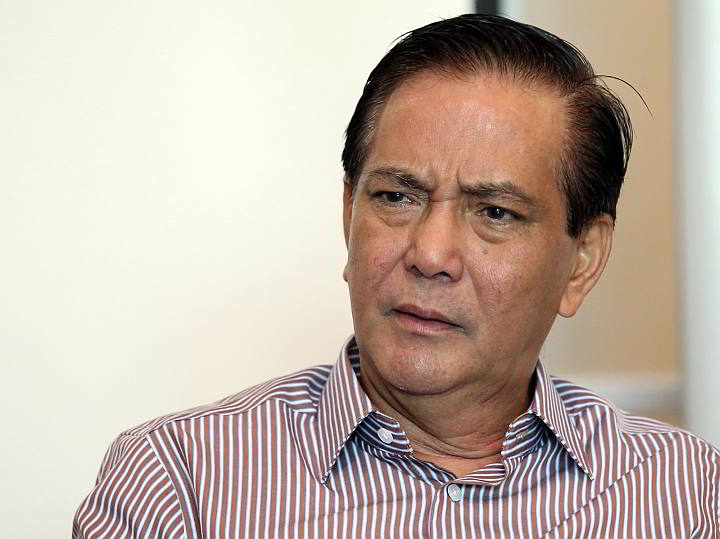 While Cebu City’s former mayor has been cleared of a graft complaint before the Office of the Ombudsman, an incumbent local chief executive awaits his suspension over a failure to liquidate cash advances amounting to just over 21 thousand pesos.

The anti-graft office cleared former Cebu City Mayor Michael Rama and two other officials of graft over a complaint regarding an alleged illegal protest held in front of City Hall last year.

While in another decision, the Ombudsman suspended Alcoy Mayor Michael Angelo Sestoso for failing to liquidate P21,078 in travel expenses for an official trip to Boracay while he was still vice mayor of the southern town.

“In this case, aside from their bare allegations, complainants’ only evidence consisted of newspaper clippings to prove their claim. The news article, however, only serves to prove that such publication does exist with the tenor of the news therein stated and for no other purpose,” the decision read.

The decision, dated August 22, 2016 but only received by the officials last Monday, was penned by Graft Investigation and Prosecution Officer I Ilyn Manongtong and approved by Ombudsman Conchita Carpio Morales.

The complainants alleged that the act of Rama, Zafra and Garganera in participating, organizing and speaking in the protest rally held in front of city hall last October 2015 violated the above laws as well as Civil Service Commission (CSC) Resolution No. 021316.

The rally was in protest of the continued deferment of the approval by the City Council of the P2.8 billion Supplemental Budget 1 which contained the appropriation for the collection of garbage.

They presented newspaper clippings which stated that Zafra and Garganera admitted to organizing the assembly. As for Rama, they pointed out that he arrived and gave a speech during the assembly which was made during office hours.

But the Office of the Ombudsman cited Supreme Court jurisprudence that newspaper articles are hearsay evidence and have no probative value in the case.

Even if it’s admissible, they said that the clippings still don’t prove that the officials persuaded, induced or influenced other public officers to violate the CSC resolution.

In another decision, the Ombudsman suspended Alcoy town Mayor Sestoso for one month and one day for failing to liquidate his cash advances incurred in 2010 for his travel expenses and registration fee for the 2010 Second quarterly National Executive Officers and National Board Meeting and Formal Turnover of Responsibilities held in Boracay.

“Respondent’s failure to liquidate his cash advance for a period of over five years is a clear display of carelessness and failure to give proper attention to the task expected of him,” said Graft Investigation and Prosecution Officer Eleanor Tayad-De Mira in her resolution.

Sestoso was found liable for simple neglect of duty. He was also found criminally liable for failure of an accountable officer to render accounts, under Article 218 of the Revised Penal Code. The decision was approved by Deputy Ombudsman for the Visayas Paul Elmer Clemente.

Sestoso’s unblemished record was, however, considered by the Ombudsman; thus he was meted the minimum penalty of suspension for one month and one day.

In his counter-affidavit, Sestoso admitted to having received and used the amount entrusted to him but denied failing to liquidate the cash advance.

Sestoso said he accounted for the cash advance and submitted the supporting documents to the Municipal Treasurer.

He said he was surprised when he received the order of the Office of the Ombudsman to file his counter-affidavit over his all alleged failure to liquidate his cash advance.

When he tried to investigate and check the records with the municipal treasurer, Sestoso said he was informed that some of their documents were lost.

Sestoso presumed that his liquidation documents were among those that could not be found.

De Mira said Sestoso should have immediately liquidated his cash advance 30 days after the event.

“Other than the supposition of respondent that his liquidation documents could have ben lost together with some of the documents at the Municipal Treasurer’s Office, there is, however, no proof to support said allegation,” the investigator said.

Sestoso has not officially received a copy of the decision.

“Wala pa gyud ko kahibalo ana nga naa nay order. Wala pa ko kahibalo unsa na siya (I still don’t know that there is such an order and I have no knowledge what it is all about),” Sestoso said.

As Sestoso awaits his copy of the suspension order, Rama and his party mates welcomed the dismissal of the complaint against them.

“I am happy to announce that the decision has been rendered and the case has been dismissed. Thank God that truth and justice has prevailed,” Rama said in his official

Facebook page where he also posted a photo of the Ombudsman decision.

Garganera, who was still a barangay captain during that time, said he was happy with the decision.

He said the barangay captains just wanted to express their sentiments since they were directly affected by the council’s sitting on the SB 1 which included an appropriation
for the payment of garbage tipping fees.

“I’m very happy and thankful. It was just outside the legislative building. It was just for our feelings that we wanted to express,” Garganera said.

The Ombudsman, however, said that the Civil Service Commission is in the best position to answer whether or not the officials’ act of joining the protest violated CSC rules and regulations.

There is also a pending complaint before the CSC against the officials relative to the same issue.