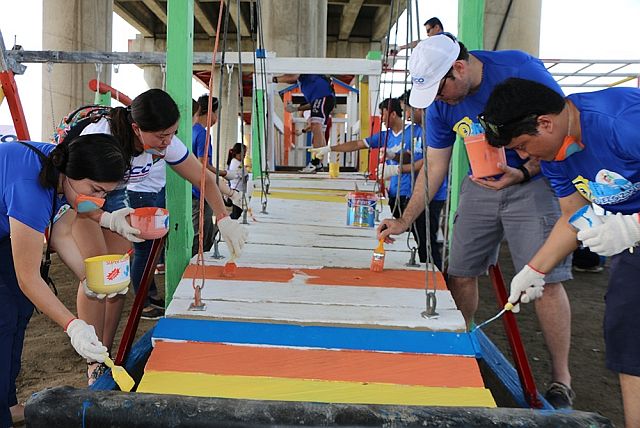 VISAYAN Electric Company (Veco) employees and volunteers rehabilitated last Nov. 19 a playground under the New Cansaga Bay Bridge in Consolacion town, northern Cebu that the power distribution utility built for the community in 2012.

The children who reside near the playground were glad with the improvement of the only playground in their neighborhood.
Michael, also known as Onyok, said that he liked the new look of the brightly colored playground where he can freely move around and play.

The Cansaga playground was built by Veco in an effort to provide safe public play areas for the less fortunate children in its franchise area.

Since 2012, Veco has built three other playgrounds in the City of Naga, Minglanilla town and Barangay Kasambagan in Cebu City.

Read Next
Call for entries to Marian Film Festival