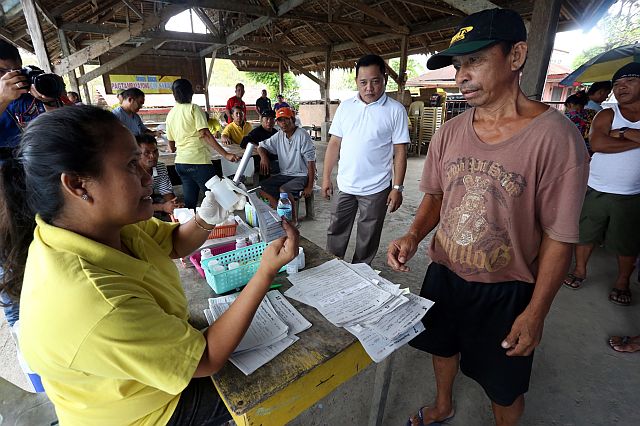 Barangay tanods and garbage loaders that test positive for drug use run the risk of losing their honoraria from the Cebu City government, Councilor Dave Tumulak said yesterday.

About 31 tanods and loaders of Barangay Bulacao underwent a surprise drug test administered by the Cebu City Office for Substance Abuse Prevention (COSAP).

Tumulak, the deputy mayor on police matters, attended the drug testing and talked to barangay workers to explain the recent memorandum issued by Cebu City Mayor Tomas Osmeña that suspended the release of their allowances.

“We have to show our service. With a drug testing, we can prove to the mayor that our barangay workers are not drug dependents. The mayor has been firm in saying that tanods and garbage loaders should not be using illegal drugs,” he said.

The mayor said he decided to withhold the honoraria pending the reevaluation of all its workers. Tumulak said the illegal drug testing is part of this assessment.

COSAP chief Dr. Alice Utlang said six out of the 87 workers tested in Poblacion Pardo initially tested positive for illegal drugs use. Three of them were loaders while two were drivers and one tanod.

She said the six will still undergo confirmatory tests.

Read Next
Tents for Sirao families