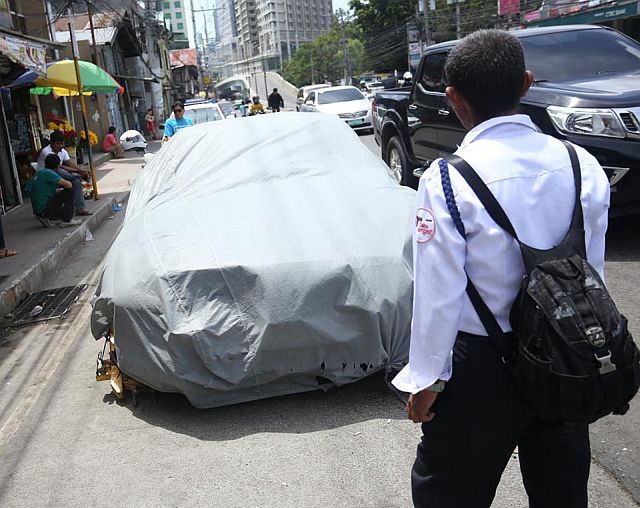 A CRIMINAL complaint was filed on Tuesday against the younger brother of Cebu businessman Peter Lim whose sports car rammed into and killed a fish dealer at the Archbishop Reyes flyover in Cebu City.

PO3 Chady Jungoy, investigator of the Traffic Patrol Group, said the police decided to file charges of reckless imprudence resulting in homicide and damage to property against David Go Lim Sr. even without the family of the victim.

“The victim’s family has not returned to our office since after the incident (last Saturday). We believe they have lost interest in the case,” Jungoy told Cebu Daily News.

He said it would be up to the Cebu City Prosecutors’ Office to evaluate the complaint and decide whether to indict David or drop the case against him.

Philip Pogoy, 26, was driving his motorcycle at around 3 a.m. on Saturday when he was hit by the Nissan sports car driven by David who was on the separate lane.

Pogoy, a resident of Mandaue City, was rushed to the Cebu City Medical Center but did not make it alive.

Lawyer Pedro Leslie Salva, the counsel of the Lim family, said the family promised to extend financial assistance and to shoulder the expenses incurred by the family of the victim.

Based on the police investigation, Jungoy said the sports car was running at full speed, encroached the other lane and hit the motorcycle.

“Clearly, the driver of the sports utility vehicle is liable,” Jungoy said.

Pogoy was on his way to buy fish in the market while David was heading towards Barangay Banilad in Cebu City when the collision took place.

However, David’s son, David Jr., in his Facebook post said that claims that his father encroached on the other lane was unbelievable.

He said that based on the sketch of the police, the point of impact was in the middle of the road.

He also said that if his father encroached on the other lane, the damage to the car should have been at the bumper and not the fender.

David Jr. also denied accusations that the accident was a case of a “hit and run.”

He said his father was also injured during the accident and had to go to the hospital for treatment.

He said their family also took responsibility right after, thus meeting with the victim’s family.

His father, David Sr., who lives in Ma. Luisa Subdivision in Cebu City, is the youngest of four siblings.

The eldest is Peter who has been thrust into the limelight after President Rodrigo Duterte named one Peter Lim as one of the biggest drug lords in the country.

He has denied that he was the Peter Lim referred to by the President.