Smile Train hooks up with Ironman tilt to raise funds 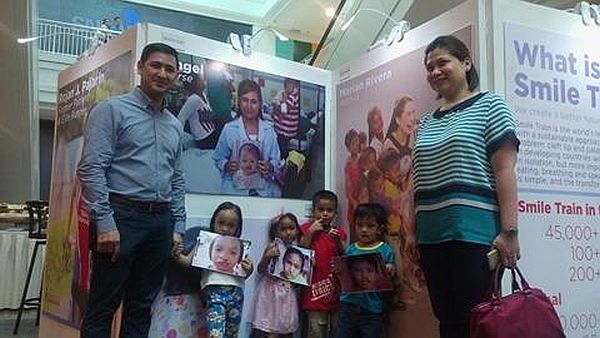 Smile Train Team Empower will send 10 triathletes to the Cobra Ironman 70.3 Philippines with the aim of not just winning the race but raising funds as well for children with cleft palate and cleft lip.

Smile Train Team Empower has charity slots to sold out marathons and multi-sports races worldwide and for the first time, will take part in the prestigious Cobra Ironman 70.3 Philippines on August 6 in Mactan.

Established on 2001, Smile Train has already helped 50,000 kids with cleft palate and cleft lip in partnership with different doctors and surgeons in the Philippines.

“We are a charity partner of IronMan in different parts of the world and in fact not just IronMan branded races but also the London Marathon and Boston Marathon,” said Smile Trian country director Kimmy Coseteng-Flaviano. “Our charity works in that we have slots in the race where athletes can sign up to instead of paying the registration fee to the organizers.”

They will compete in the 1.9-kilometer swim, 90k bike and 21k run of the Cobra Ironman 70.3 Philippines.

Also present at yesterday’s presser was Dr. Fremont Base who is one of Smile Train’s surgeon in Cebu. He backed out of the race due to personal concerns but will continue to conduct surgeries for free to children with cleft palate and cleft lip under Smile Train.

“They (triathletes) basically become ambassadors for us, they can promote the charity. If you do it for a cause then it provides inspiration for them. A lot of sports events in the world are organized for charity,” added Flaviano.

Each triathlete is tasked to raise as much as P100,000 which can help 10 children. Each surgery costs around P12,000 according to Flaviano.

Read Next
Crossfit beats Sherilin in duel of favorites