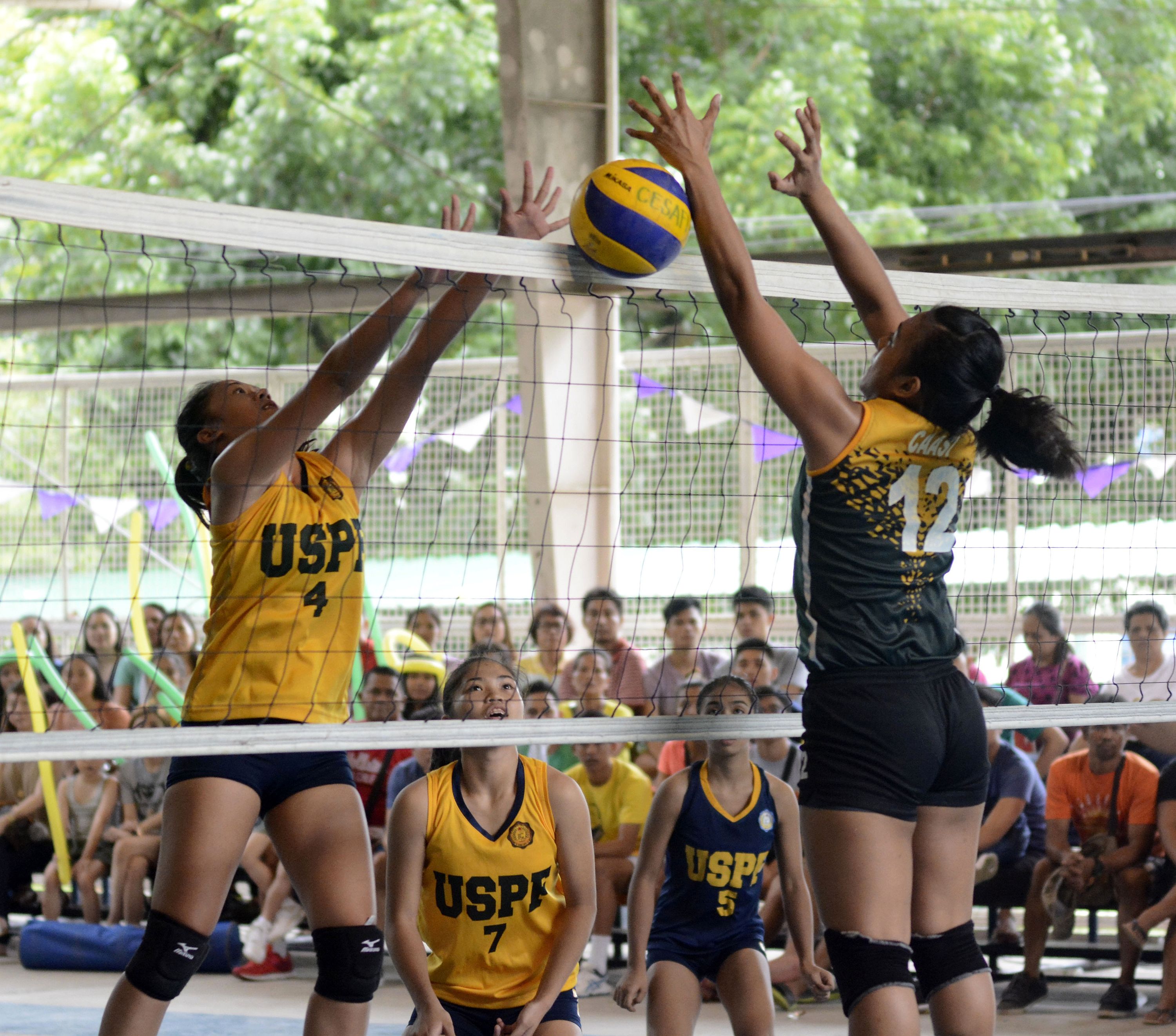 The dream became a reality yesterday for the Southwestern University (SWU) – Phinma and the University of Southern Philippines Foundation (USPF) as they scored sensational semifinal wins in the F2 Logistics Cesafi girls volleyball tournament at the USPF Covered Court.

Both USPF and SWU, thus, barged into the finals after finishing in the top two of the round-robin semifinals. USPF finished at the top with a 3-0 (win-loss) card while SWU-Phinma placed second with a 2-1 mark.

It can be recalled that the Baby Panthers’ lone loss this season came at the hands of the Baby Jaguars during the elimination round.

USPF mentor Yolanda Rizarri, who has turned the team around since her arrival late last year, shared a bit of her secret on how she transformed the team into a contender this season.

“Our training is that we don’t play against each other. We try to get people from outside. We play against boys players to let them see the point-of-view of not only a girls match. As a coach, it can always give players some added motivation to do their best,” said Rizarri.

With this kind of training, SWU might be in for a tough finals matchup against USPF, especially as it lost to the Baby Panthers in their last two meetings. But SWU coach Roy Ulan is confident of his team’s chances.

“We will do our very best to finally win against USPF. I expected them to make it to the finals because I believe in their capabilities,” Ulan said.

The best-of-three finals series between the Baby Cobras and the Baby Panthers will start this Saturday.

In the boys division, the University of San Carlos (USC) will be competing for the crown for the fifth consecutive season and its return trip to the finals was made even sweeter as it came at the expense of the team that denied the Baby Warriors the title last season.

USC broke the hearts of the home fans as it dethroned last year’s champions USPF, 26-24, 25-20, to set up a title-match with SWU-Phinma, which clinched a championship berth after sweeping all of its semifinal round assignments.